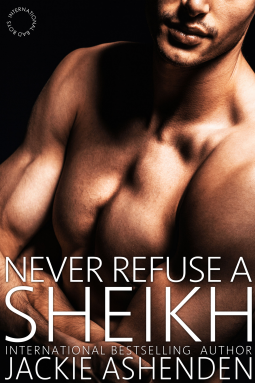 Fifteen years ago Princess Safira had been ripped from the life she had known and thrust into the arms of a stranger.  At seven years of age she had no idea of what was happening around the palace, what the screaming, the shouting, the panic really meant – but her mother did as she commanded Safira be taken into the desert, hidden and safe from the chaos that was now the reality of her kingdom.

Altair is a man with a mission.  He had taken the throne of his country when Al Harah had been tossed into chaos.  His single minded purpose had been to rebuild his country, to make it safe and secure in the world once more.  Now, fifteen years of hard work stood in the balance as loyalists to the slain King began their rumblings to place a person of royal blood on the throne once more.  Altair knew the only thing, the only person who could help him retain control was Princess Safira.  Yes, it had been assumed that she was killed in the uprising – but he knew better.  And on this day he was traveling the desert sands to claim his princess from the wandering tribe who had protected her all these years.

Both of their lives were about to change forever.  One with the cold heart of stone and determination.  The other with the spirit of the wild desert, unwilling to be tamed.  Could they save their country together?  Perhaps more important – could they save each other?

The story of Safira and Altair is fast paced, so intense and equally so heart wrenching that you will be swept into their world from the opening words and not leave them until the very end.  Without giving away any major spoilers, Safira and Altair will need to overcome their own demons, see past what is best for their country and decide if forgiveness, finding that one person who understands them deep inside and if love truly are things that they can fight for and win.  I imagine you can guess the answer – but you really need to read this passionate, emotional tale of their journey to fully understand what an amazing novel Never Refuse a Sheikh truly is.

If I could give this novel 10 stars I truly would – but I will settle for a 5+ star rating.  I strongly urge you to pick up this intense story and discover for yourself just what love can do to change a person’s life forever.  Pick this one up, it is so worth your time and emotional involvement.

*I received an e-ARC of Never Refuse a Sheikh from the publisher and NetGalley in exchange for an honest review. That does not change what I think of this novel.*

~Any review is just one person’s opinion. You might feel the same or totally different. The only way to know for certain is for you to read it. This was my opinion of this particular book

Never Refuse a Sheikh is available for the Kindle