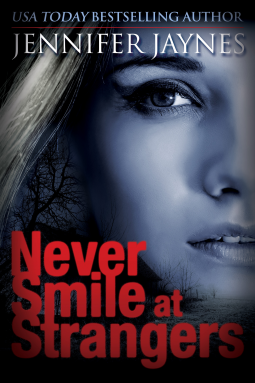 When nineteen-year-old Tiffany Perron vanishes without a trace, the residents of rural Grand Trespass, Louisiana, launch a desperate search to find her. But few clues are unearthed, and before long another young woman disappears.

As locals continue to vanish, residents begin to discover that they might not know those closest to them as well as they had thought. Lies and insecurities quickly surface, leading everyone to question one another…and their involvement in the disappearances.

Meanwhile, an unstable, twisted killer is hiding quietly in their midst. Ever since his mother’s murder four years earlier, he’s been forced to raise his disturbed teenage sister. He’s terrified of her—and of women in general—and his world revolves around his fear of and obsession over them.

Before you go any further in reading this review.  Know right now that in this novel there is mention of implied sexual abuse from the “killer’s” memories.  If this type of content bothers you then don’t go any further.  This is the only mention of these parts of the novel you will read here – my review centers on the mystery.  But know what you may read before picking up this book.

Knowing that – Read on for my thoughts on Never Smile At Strangers.  No true spoilers, promise.

This novel put me in the mindframe of watching an episode of Criminal Minds.  It’s evenly paced, gritty, graphic at times and even though you may believe you figured out who done it – you might not have.

Told from the point of view of several residents of a small town in Louisiana, as well as the killer’s you may find yourself jumping around a bit.  This type of narrative did not bother me, it in fact told the story very well.

I grew up in a small town in the North, and found that the descriptions of the people as well as the rumor mills of Small Town America were spot on.  Everyone knows your business, or at least, they think they do.

The disappearance of a teenage girl is the talk of Grand Trespass.  Most residents believe that headstrong Tiffany simply took of for parts unknown, shaking the dust of her hometown off as fast as she could.  Her best friend doesn’t believe that, especially since she mentioned a new man in her life the night of her disappearance.

From this point we are looking at this disappearance through the eyes of several residents.  There is a murderer among them, and not everyone is going to survive this tale.

Never Smile at Strangers is a dark novel.  You can almost smell the stench of the dead bodies in the air.

I, personally, like this type of story, movie or television series.  The plot twists and turns, the guessing at who is the killer, even not truly knowing until the very end brings the tension to a boiling point in this novel.

I’m not going to tell you who done it – that’s why it’s a mystery.  But if you do enjoy your mysteries a bit dark, a lot gritty and want to know the story from several key viewpoints – you will enjoy this one.

It might not be to everyone’s taste.  I’ll grant that – but when the grit is part of the story, the possibly why it happened part – then in my opinion it has a place in the telling.

*I received an e-ARC of Never Smile at Strangers from the publisher and NetGalley in exchange for an honest review. That does not change what I think of this novel.*

Never Smile at Strangers is available at Amazon in audio, paperback and on Kindle.

Review: The End of All Things by Lissa Bryan

Review: The End of All Things by Lissa Bryan