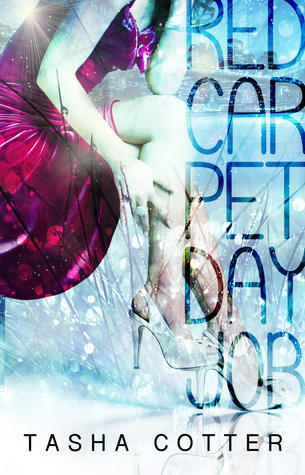 Most residents of New York City don’t have to wrestle their skirts from beneath roosting chickens, or clean egg yolk off their stilettos each day before work. But Sophie Waldrop does, thanks to the organic egg business her boyfriend Scott runs from their 5th floor walk-up. Though they were high school sweethearts, nothing can make up for Scott’s inattention now. Finally, Sophie works up the courage to send him and his chickens packing.

Then Sophie’s boss introduces her to Nick Jackson, the hottest up-and-coming actor in Hollywood. When Nick asks her to go to a red carpet awards show with him, Sophie can’t believe her luck. She never expected to meet Nick, let alone like him. And she certainly never expected him to like her, too.

When her dream job lands in her lap, Sophie rejoices that her hard work has finally paid off. But she soon finds out that being a busy agent to the stars is nothing compared to being Nick Jackson’s new girlfriend. Tabloid tell-alls, Nick’s hectic schedule, persistent leading ladies, and Sophie’s own promotion and career ambitions further complicate their fairy-tale romance.

Can Sophie and Nick make their love last, or will their relationship be more like the paparazzi’s camera flashes—fast, bright, and fading?

Read on for my thoughts on Red Carpet Day Job.  No true spoilers, promise.

Sophie has finally had it with chicken feathers, chicken crap and chicken feed all over her apartment and in her life.  Damn it, she was allergic to the stupid birds and Scott never seemed to notice.  They had been high school sweethearts, had come to New York City together – but they had drifted apart.  It was over and the sooner she made that clear the faster Scott could get out of the apartment that she was paying for.

Her  job as a secretary at one of NYC’s major talent agencies was rewarding, but Sophie wanted more.  One day she would be the agent bringing in the talent instead of serving lattes to..Nick Jackson!  While not quite starstruck, still Sophie was maybe just a smidge struck and she spoke without thought as she made comments on Nick’s recent nomination – and why he should not go to the award ceremony without a date.  Somehow, she ended up being his date that evening – and as they say, the rest is history.

I really enjoyed Red Carpet Day Job.  The characters were believable, the story light but detailed, the couple charming.  Sure, there were a few rough spots to Nick and Sophie’s romance… he’s an actor, of course there’s going to be drama.  But the romance, the love story, the fun these two have makes this a charming, enjoyable read.  Give yourself a treat and pick this one up.

*I received an e-ARC of Red Carpet Day Job from the publisher and NetGalley in exchange for an honest review. That does not change what I think of this novel.*

This novel is available from Amazon for your Kindle.