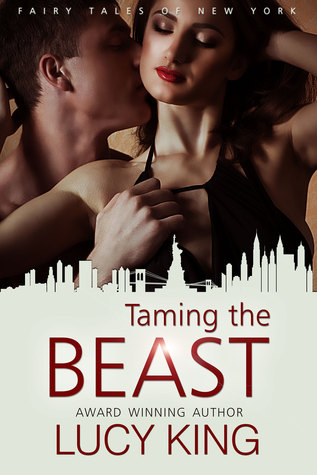 Once upon a time, Mercedes ‘Mercy’ Hernandez had the most enormous crush on her best friend’s older brother, Seb Madison. Now, though, she can’t stand the beast. Forget that he’s as spine-tinglingly gorgeous as ever. He’s a lousy brother and a manipulative bastard, not that she ever thinks about that disastrous one night stand they once had…

Still riddled with guilt over the death of his parents, billionaire loner Seb Madison has spent so long emotionally shut off that when beautiful, fiery Mercy bursts into his life again, he doesn’t know what’s hit him. All he knows is that she confuses him and he doesn’t like it.

Yet their chemistry hasn’t faded and, when hostility turns to attraction, a no-strings affair seems the logical solution. Mercy’s taking a much needed break from her family’s Argentinian vineyard to study for an MBA and Seb doesn’t do relationships. Neither have either the time or inclination for anything other than weekends-only red-hot sex. Or do they.

Read on for my thoughts on Taming the Beast.  No true spoilers, promise.

Seb had turned into a beast of a brother after the accident that killed his and his sister, Zelda’s parents.  The fun loving, supportive brother disappeared that night and Zel thought she’d never find him again.  Seb was her older brother and with little thought, just when she needed him most he shipped her off to boarding school.  Fortunately for Zel, at one of those schools she found Faith, Dawn and Mercy the best friends a girl could ever dream of.  But dreams don’t last forever and one night of stolen altar wine would separate the friends and further drive the wedge between sister and brother.

Mercy had a super crush on the unfeeling brother of her best friend.  Sure, she felt a bit guilty about that because of how Seb treated Zel – but goodness did he set her heart beating and her imagination soaring.  Of course the arrogant beast looked right through her but that didn’t stop the dreams.  Years later when Zel was at the bottom, Mercy found her and helped her get back on track.  She went looking for Seb to try to get him to care about his sister but that ended in a night of passion that she didn’t regret but it resolved nothing.

Now, ten years after they were separated at Saint J’s, the women are all in New York City and back together again as though no time had passed at all.  Once again Seb has treated Zel horribly over something that wasn’t entirely her fault, and he wouldn’t listen to his sister’s cry for help or understanding.  The ladies descended upon the Madison Mausoleum in support and Mercy decided to give the beast a piece of her mind.

Five years hadn’t changed Seb’s effect on Mercy.  She still found him to be a gorgeous, sexy – if entirely annoying – man.  Unfortunately the first thing she really wanted to do was devour him, but thankfully that just ignited her fury again and she lit into him about how he was treating Zel.  It was obvious that the spark of sexual attraction was still there between them, barely restrained.  Mercy left with nothing resolved and her adolescent crush growing into an adult longing that she didn’t know what to do with.

The great thing about friends is they will often help you see things, events, even people more clearly.  After a night of drinks and confession at Faith’s family bar, Mercy decides to face her personal beast and offer him the one thing that she knows he won’t refuse.  Her.  She tracked Seb down and offered a no emotions, purely sexual arrangement between them.  The sizzle between them was obvious so why not enjoy that with no commitments, no strings, no expectations.  Just sex, mind blowing, heat inducing, amazing sex.  Nothing personal, just weekends spent in a sexual haze until one or the other wanted to end it.

It was working wonderfully – until Mercy started to care, until she tried to fix Seb, until she fell in love.

In Taming the Beast, you need a bit more background from the other stories – that’s why this review is a bit more detailed than I’d usually give.  But if you haven’t read the previous stories in this series, I felt you needed to understand just what an arrogant, unfeeling, closed off bastard Seb had become – he really had turned into the Beast and he needed to be rescued by the one person who saw through him, Mercy.

Taming the Beast is a steamy, sexy, heart wrenching tale of two people who need each other, even love each other but the past has made such an impact on one of them that a happy ending seems unlikely.  Seb has such tunnel vision since the accident that killed his parents, that he can see, feel nothing but his guilt.  Mercy has enough love to bring him into the real world, but will the beast in Seb allow that?  Read for yourself and discover such a lovely, sizzling, emotional story that you won’t want to stop until the final page.  I’d highly recommend Taming the Beast to anyone who needs a fairy tale ending and and everlasting love in their romance.  Grab this one and indulge yourself.

*I received an e-ARC of Taming the Beast from the publisher and NetGalley in exchange for an honest review. That does not change what I think of this novel.*

Taming the Beast is available for the Kindle