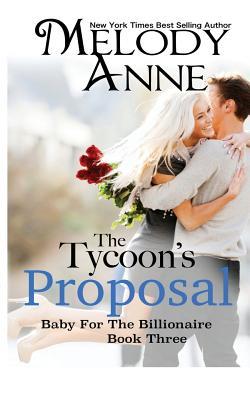 There was nothing left to sell, no hope of a better paying job soon enough and no one left to turn to for help.  Nicole had only one option left – contact Ryan.  She knew he despised her for her actions all those years ago.  She knew she’d hurt him deeply, but she couldn’t let him know about the daily abuse she lived with from her father’s hand.  She had to protect Patsy, and the only way to do that was to be there with her younger sister until she turned 18 – then Nicole and Patsy could run.. not before.  In order to protect her sister, she lied to the boy she loved beyond anything except Patsy.  Now he was their only hope to help fund the operation that would save her sister’s life… if he would.

Ryan recognized the whispery voice on the other end of the phone line.  Nicole.  The beautiful teenager he’d loved so long ago.  The girl who had dropped him and his love as not good enough for her.  Now he had the chance to exact his revenge – and it would be long and tortuous for Nicole and pleasurable for him.  He would help her (he would have anyways for he loved little Patsy like a sister) but in exchange she would live as his mistress, at his beck and call day or night.  She would be his arm candy at events and his sexual partner in bed, or any other surface whenever he desired.  He would not ever love her again, but he did plan on using her – constantly.

The Tycoon’s Proposal is darker than the other, earlier stories in this series.  Ryan has always been the angrier of the three cousins.  He seems to feel on a deeper, darker level.  He certainly is not quick to forgive.  There really is no doubt to the reader that Ryan still loves Nicole.  Yet for this proud man, enticing her in sexual situations is a perfect payback for the pain she had delivered to him in the past.  It’s also obvious that Nicole never stopped loving Ryan, but she protected him and Patsy the only way she knew how back then.  Now they are both different people – and when their constant love making brings about the expected result… can she finally capture his heart once again and take away the darkness that surrounds him.

I enjoyed this edition to the Baby for the Billionaire series very much.  There were times that I didn’t like Ryan very much, his methods were harder for me to easily accept- while I could understand why he did them, I just didn’t like that he gave into those emotions that brought out the mean person within.  For the story, it was a part of his anger and obsession with Nicole, his emotional pain called out for some kind of revenge.  That is storytelling, it doesn’t mean that I didn’t love the story, I did, I simply wanted Ryan to overcome those desires to emotionally hurt Nicole sooner.

I would recommend The Tycoon’s Proposal for those that enjoy emotional love stories and can see past the anger to the good man inside.

*Any review is just one person’s opinion. You might feel the same or totally different. The only way  to know for certain is for you to read it. This was my opinion of this particular book.*

The Tycoon’s Proposal is available for the Kindle

« Review: The Tycoon’s Vacation by Melody Anne
Review: Pursued by the Rogue by Kelly Hunter »