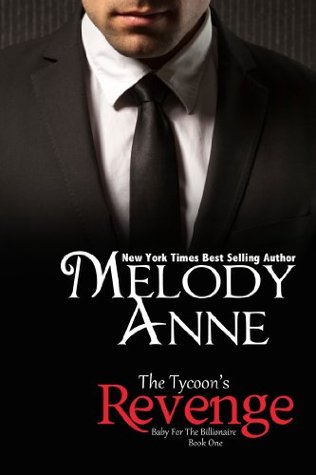 Jasmine Freeman’s world is about to tumble down around her and the one responsible for it is none other than her first love, Derek Titan. She hasn’t seen him in ten years, and they are both going to learn the truth of what happened back then.

Jasmine grew up wealthy and oblivious to the destruction her father caused all around him. Derek was from the wrong side of the tracks. In ten years their lives will be reversed. He is now a multi-billionaire tycoon and she works hard, but barely gets by due to her father’s unethical business practices.

Derek comes seeking revenge and instead finds out he has a half grown son and the woman he’s been angry with for so many years is not who he thought she was. They both fight against the passion they still feel for each other, but in the end it is irresistible.

Come take the journey with Derek and Jasmine as they rediscover a passion that never died and the lies that kept them apart.

Read on for my thoughts on The tycoon’s Revenge.  No true spoilers, promise.

Derek had planned for this moment, nothing was going to spoil the revenge he had waited ten long years  to enjoy.  David Freeman was exactly where he wanted him.  David’s company was now Derek’s, thanks to careful planning and a hostile takeover move.  Soon David would be spending time in prison for embezzlement and his shady business practices, but for now Derek could sit and smile at his enemy’s rage and anger.

Next would be Jasmine.  The girl he’d loved as a teenager.  The girl he had planned to run away with, to spend his life with, to marry and cherish while their dreams came true.  Until she showed herself to be the spoiled, rich girl who would trade in their future in order to stay in her scummy father’s good graces.  She’d destroyed his family – and she would pay.

As rage and fear overtook her, Jasmine charged into the office that once was her father’s.  There behind his new desk was the man, the only man she’d ever loved – the man who crushed her dreams when he didn’t show at the abandoned church the day they were to leave town for their new future.  The same eyes that had once sparked with love now looked at her with smug distain.  Too bad his eyes looked so much like her son’s.  Their son’s.  The child she’d never told him about because he didn’t want her then, she’d not stoop to trapping him with his baby.  Now this man held her future in his hands, and she knew he would not be knd.

The Tycoon’s Revenge is a tight, fast paced second chance love story.  One that Jasmine and Derek are going to go through a lot to finally get to their happy ever after.  There is a lot of anger, pain, and  betrayal to get past.  The journey of how Derek extracts his revenge, the pain that Jasmine goes through, the absolute joy Jacob finds when his father comes home again… this is a story you want to read.  I won’t give anymore away, just know that this is a love story that will pull your emotions in a hundred different directions and you’ll come back for more.  Grab this one for yourself and enjoy the first novel in The Baby For The Billionaire series.  (this novel has had a couple different covers since it was first released in 2013)