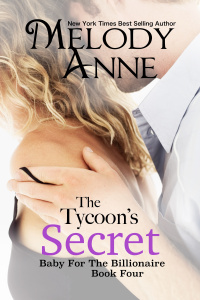 Damien had one set course his entire life – revenge.  He was told the story on his mother’s deathbed.  He believed it without question since that day.  It underscored his every move, every emotion.  He would punish the men who had wrecked havoc in his life and one of those steps to revenge had just been handed to him on a golden platter. Sierra.

Sierra had known fear and pain for as long as she can remember.  Her father’s cruelty had reached horrendous levels – but had he really sold her to the highest bidder?  Damien.

Damien’s need for revenge is softened a small bit by Sierra’s excitement at being beyond her father’s grasp.  She’s not the spoiled, rich brat he’d thought she was.  In fact, she was much more vulnerable than he ever expected and he worked hard to not let that fact slow him down in his planned revenge.  Sierra has seen glimpses of the man behind the mask he usually wore.  She could get past that, she only had to hold on to the belief that she was finally free from her father, free to be herself with this man.  She didn’t realize she had handed Damien one of the keys to his revenge when she went to stay with her best friend after their amazing week in Australia.  She couldn’t believe that the man she was starting to love could be as cruel as her father, in a far different way.  Can love free this man from the path he has set in motion?  Read about the romance and the suspense for yourself in the satisfying, enjoyable The Tycoon’s Secret.

I completely enjoyed this story, and enjoyed the battles that Damien and Sierra fought together and separately.  The reader will always hope for the troubled character to wise up and find the right path, it was a joy to watch Damien and Sierra change from what they were to start this adventure to where they grew to by the ending pages.

I can strongly recommend this novel to anyone who enjoys a really good love story.  An excellent addition to the Baby for the Billionaire series.

The Tycoon’s Secret is available for the Kindle