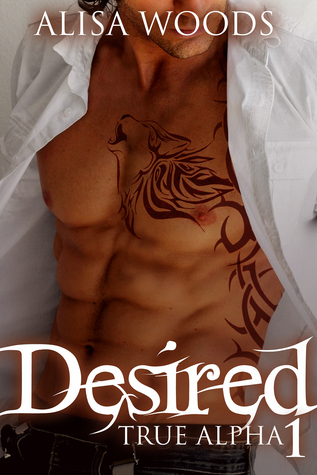 Shifters live in the shadows of Seattle, just under the skin of the alpha male, dot-com entrepreneurs who are building a new Silicon Valley in the Emerald City.

Mia is just a college girl trying to earn her business degree and dig out of the poverty she was born into—being a shifter is something she hides, hoping her secret won’t sabotage her dreams.

Lucas is a broken alpha, a wolf who lost his mate, his pack, and almost himself—he wasn’t looking to rescue a girl or start a pack war. But now he has to keep her safe or it won’t just be her life, but his whole family at risk… only his inner wolf can’t seem to keep its paws off a girl who has secrets of her own.

Read on for my thoughts on True Alpha 1-6.  No true spoilers, promise. 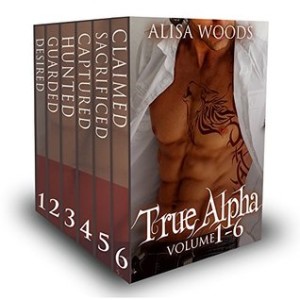 True Alpha was released over several weeks as a serial, a modern day cliffhanger style of novella.  I enjoy the style for many reasons – but for this particular review I will review this as a completed novel – which it is now in the 1-6 boxed set.

Mia is in fact a lone wolf, a shifter who has never been a part of a pack.  It is a side of her that she hides, doesn’t want and pretty much has tried to ignore up to this point in her life.  A college student, Mia is also working her way through school.  She has known poverty all of her life and her dream is to educate herself and pull both herself and her mother out of poverty’s clutches.  She’s a strong woman, in all ways, but she is unprepared when three wolf shifters follow her outside as she takes a quick break at work.

Lucas has been watching Mia.  For some reason she draws him, tugs at him.  But he won’t do anything about that tug.  Lucas is a shifter as well.  A man who has lost his mate and blames himself for not protecting her.  As a result he is broken, has lost his pack, his expected position as alpha and barely makes it through each day.  You could almost reach out and touch his sadness.  Yet when he sees Mia step outside and sees the other wolves following her, his unexpected and unwanted instinct to go and make certain she is alright pulls at him.  He doesn’t realize yet that Mia is his salvation, he just has to reach out and hold on to her.

I really enjoyed True Alpha.  Mia is such a strong character.  Strong willed, stubborn and determined to have Lucas as her mate – in spite of his claims that he is not good enough for her.  In this case, what Mia wants Mia gets.  Lucas wants Mia, but the death of another mate still haunts him.  He has some issues to work through, but deep inside his wolf knows what the man is refusing to accept.  Mia is their mate.

There is a lot of suspenseful moments that Mia and Lucas must survive before they can see their happy ever after.  And I’m not willing to give much more away.  Pick up this boxed set of the completed story.  You will definitely enjoy the ride.

Highly recommend this one for paranormal romance lovers or simply folks who love a hot couple find their way to each other.

*I received an e-ARC of True Alpha from the publisher and NetGalley in exchange for an honest review. That does not change what I think of this novel.*

The sequel to True Alpha is now completed and available in a boxed set as well.  Find Dark Alpha at Amazon now.