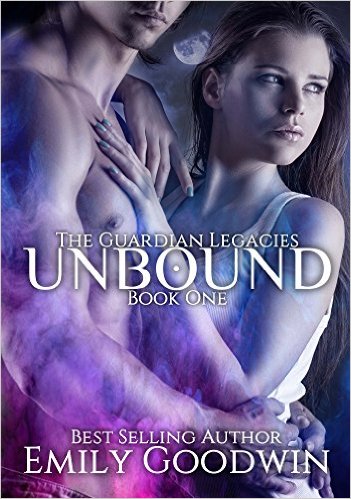 How do you go about being a witch when you never knew you were one?  That is the question Anora has to answer and fast because she has spirits and bounty hunters after her and she needs to learn how to use her powers – now.

Things supernatural don’t bother Anora, she’s spent most of her life trying to ignore the spirits or ghosts surrounding her.  She thought she was a medium, no more than a conduit for those who pass on and want to communicate with the living.  Now she’s discovering the powers that make her a witch worth reckoning with, once she knows what to do with those powers.

Ethan is not exactly what he seems.  He knows more than he should but at least she’s not alone in fighting off the spirits.  Is he here to help her or harm her?  Trust is not an easy thing to give when you are a newly discovered witch with unknown powers.

I enjoyed Unbound.  It was fast paced and kept me reading, often with a few startled moments.  Anora is a strong character, constantly growing and evolving into her powers and new place in life.  If you enjoy fantasy and paranormals this is a story you would want to check out.

*I received an e-ARC of Unbound from the publisher and NetGalley in exchange for an honest review. That does not change what I think of this novel.*