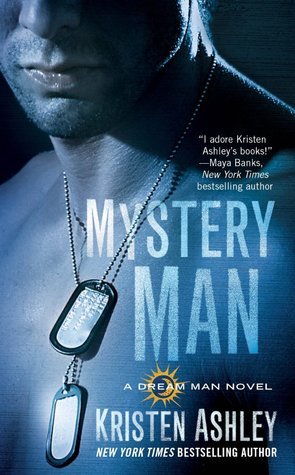 Night time is the right time…

Hawk Delgado knows more about Gwen than she could ever imagine. She’s gorgeous, headstrong, and skittish about relationships. But Hawk is facing his own demons, demons that keep him from connecting with anyone. Yet when Gwen is drawn into Denver’s lethal underground scene, Hawk’s protective nature comes out full force. The problem is, when Gwen gets a dose of Hawk’s Alpha attitude in the daylight, she’s not so sure he’s the one anymore….

As part of a new feature here at Keeper Bookshelf, I’m taking a look back each Friday at a series that I’ve absolutely loved and continue to re-read to this day … that Keeper in my blog’s name refers to the books that stay on a keeper shelf to be re-read at my pleasure.  This feature is called Revisiting A Series or simply Revisiting.  I hope you’ll enjoy this look back, and maybe find some authors or titles that you’ve yet to discover.  Enjoy.  🙂

Cabe “Hawk” Delgado is an alpha man without any doubt.  He is a man of very few words, actions speak louder to him in many ways.  He’s also a man who has closed off his emotions, for reasons you will discover.  His work, which is dangerous, is his life – until he walks past a restaurant and sees a beautiful, sexy lady laughing with her friend.  It was the moment he knew he wanted that woman in his bed – he didn’t know if he wanted her in his life yet, but definitely in his bed.

Mystery Man is a fast-paced, sexy, steamy, testosterone overload delight.  Hawk will bulldoze himself into every aspect of her life with the intention of protecting her – and once he got a taste of her bull-headed sassy-ness, he was in deep.  Their lives were about to careen out of control with bad guys, close friends, crazy mothers.. and a sister at the center of it all who makes some very bad choices and leaves Gwen to deal with the consequences.  I loved this story and go back to this series often.  Yes, I love an alpha male – yet the men of this series are more than good looks and sexy moves (although they have those in abundance).  The ladies they love aren’t airheads, contrary to some scenes when you gotta wonder a bit – but at the core, these stories are about strong men loving equally strong women who can put up with their crap and still decide to keep their alpha men no matter what.

If you follow the series (which I totally recommend that you do) then you will discover that the main characters from all of the stories in this series will show up in each novel.  Sometimes just a line, other times more involved – but once one couple’s story is told, don’t think that’s the last you’ll see of them.  I loved that about this series.  There are threads expertly woven through each story that all connect… eventually.  For that reason, I would gently suggest that you read this series in order, if at all possible.

This story is a combination of romance, mystery, action thriller, and a steamy, sexy ride every single minute. Mystery Man, the first novel, was released in 2012 and it is as good a read today as it was when I first picked it up years ago.  Some stories stay with you – these did and I loved every second spent with the alpha men of Kristen Ashley’s Dream Man series.  If you haven’t discovered them yet, I would highly recommend that you correct that situation because you are missing out on some amazing stories.

I own both an original paperback copy and a Kindle edition of Mystery Man.  This is a series that I re-read each and every year.  I love it that much.  I hope you’ll give this one a try because it is simply amazing.