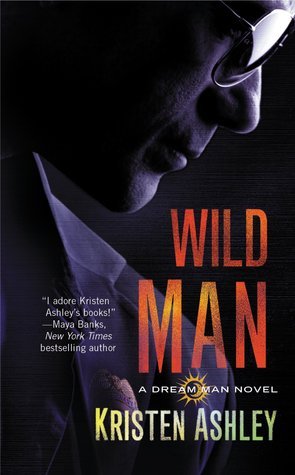 As part of a new feature here at Keeper Bookshelf, I’m taking a look back each Friday at a series that I’ve absolutely loved and continue to re-read to this day … that Keeper in my blog’s name refers to the books that stay on a keeper shelf to be re-read at my pleasure.  I’m calling this new feature Revisiting A Series or simply Revisiting.  I hope you’ll enjoy this look back, and maybe find some authors or titles that you’ve yet to discover.  Enjoy.  ?

Wild Man is such an intense, emotion-filled experience.  Of course, Tessa is devastated by Brock’s lies while undercover, yet she is also so attracted to this man that she will try to get past their beginnings.  There were things that even Brock didn’t know about her and her former husband’s relationship.  Brock will do everything possible to help Tessa deal with that emotional issue, and it will color how many people in Brock’s life will see her and relate to her.  This is a story with many, many side characters and they all play their part in Tessa and Brock’s romance… some for the good, some intending to wreak havoc whenever they possibly can.  There are a couple characters you will come to loathe and others that will charm you.  And it’s always entertaining to keep an eye out for other main couples from previous Dream Man novels and even a few with stories to come.  This really is a group effort to tell a complete story.

While I love an Alpha male and the ladies who can tame them, part of what I’ve enjoyed about the Dream Man series is the age of the main characters.  These are men and women who have established careers, some have children, they have been through the proving ground of youth and now they are in their late 30’s to late 40’s.  Romance is ageless, love doesn’t see numbers on a calendar and just because a person (male or female) has gone past a certain age that has been set by whoever does not mean that they have no fire, no hope for love to find them — life goes on, it doesn’t stop at any age.  These characters know themselves, and they still are capable of pushing themselves to experience new things, new people, and for some a new kind of love.  That is what I love most about the Dream Men series.

I own both a paperback and a Kindle Edition of this title.