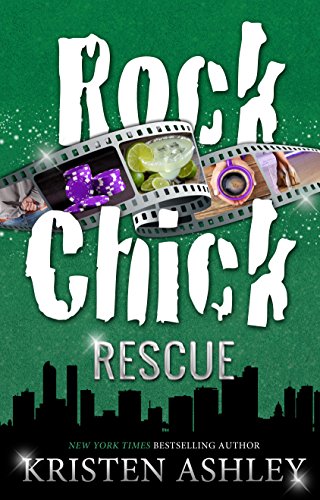 I do, at least, one re-read of the Rock Chick series every single year.  Yeah, it really is that good, and it takes me to a world that I’d love to be a part of, bad guys, bullets flying and all.  But mostly because of the friendships, that at the core defines both the Rock Chicks and the Hot Bunch (their guys).  Each time I revisit the Rock Chick world I discover something I didn’t notice before – that’s part of why I keep going back because in all the stuff going on there is still something new with each visit.

Jet simply has too much on her plate, working two jobs, taking care of her mom, and trying to fit in some sleep occasionally well yeah, she’s on the final edge of exhaustion.  Her latest job at Indy’s bookstore/coffeeshop brings her into Indy’s world full of lots of interesting people who drop by the shop – including Eddie.  She might have the biggest crush, act shy, practically return to her awkward teen years when around him – but he’s noticed, oh, has he ever noticed.

Part of the reason I return to Kristen Ashley’s novels, again and again, is the fact that her characters, her “books full of all kinds of families” are real.  There are bits and pieces of people I know, family members and even myself in every single story.  Yeah, her heroines are stubborn beyond belief, her heroes just as stubborn in their own way – yet that stubbornness isn’t out of self-interest, it’s out of caring for someone else beyond themselves.  That makes it real.  So I got why Jet saw herself as she did, and I also got Eddie’s frustration that she couldn’t manage to see herself through his eyes.

Rock Chick Rescue is a story full of laughter and danger, stubbornness and compromise, flirty and downright sexy, and always draws me in straight through to the end (no matter how many times I’ve re-read a story).  The Rock Chicks are building in this second story of the series, and we get a better feel for the other characters who will all factor into every story in this series in one way or another, even if they aren’t the main couple (that time).  I love returning to this world, and if I were to go on and on it would take another book to explain why I love this series so much.  So — if you’re looking for a story that feels real, characters that act like normal human beings do which is sometimes stupid and stubborn, a love story that will take your breath away, and always enough danger to keep things intense then you’ll want to start your adventure with the Rock Chick series – like, right now.

I own a Kindle edition of Rock Chick Rescue.