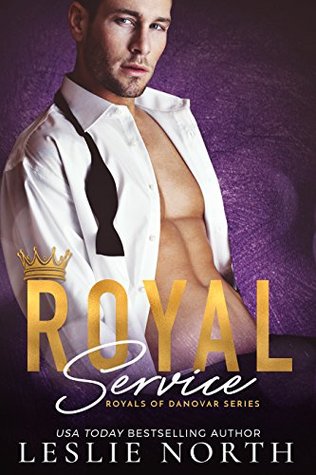 King Phillip is a real life Prince Charming. Golden haired with a Danovian accent, and a solid gold crown sitting on his head, he’s every girl’s daydream. He’s a good man and an even better king, but the one thing he’s been terrible at is choosing a royal wife — fearing a marriage that’s more about policy than passion. But when his mother invites all the eligible maidens to The Summer House Party, Phillip is trapped in a real-life Bachelor where he won’t have the option of quietly splitting from the girl after the party is over — he’ll be wed to her for life.

Ella Fernstone is tired of being the family servant. After her father died, Ella was receded to the basement as her stepmother began a full court press to cultivate her own daughters. Ella’s ready to escape the hot mess of a home that she grew up in by finally pursuing her dream of competitive riding: something she’s been preparing her whole life to do. All she has to do is marry one of her step sisters off to the King of Danovar to finally find her freedom. It couldn’t be that hard right?

That was until Ella was the first to fall for the King’s dashing good looks and an offer to ride off with him into the sunset. Ella is hesitant — a Queen’s life was still one of servitude, but it’s hard to ignore the pull of a handwritten love letter and a skillfully delivered kiss. Phillip too is caught up in seducing what he never expected to find: an eligible woman he might just learn to love. But when the reality of a royal marriage comes crashing down, Phillip and Ella must decide if they can risk their hearts, or their freedoms, on the chance of true love.

Titles in the Royals of Danovar include:  Royal Service –

I love a good retelling of classic fairy tales and Royal Service does Cinderella quite proud.  Just about everything you need to know upfront is in the cover description blurb.

Phillip is a charming man who wears the crown with pride and not a little hesitancy about his future bride.  In order to rule he must marry, and that deadline to find a royal bride has about run out.  He’s not looking forward to this get together at all, but one woman has caught his attention… even if she’s not in the running for his bride.  Ella is a sweet and a determined woman.  She’s about had it with  her stepmother’s ways and if the only way she can find the freedom to do what she loves is to get her stepsister married to a king… then that’s what she’ll do.  She didn’t expect that the man she found attractive was anything at all royal… but then one should never make assumptions, right?

I found Ella’s hesitation over giving up one kind of servitude for yet another to be completely understandable.  Marrying a royal is not quite like hitching up with the guy next door.  It’s a life time job as well as a marriage.  So, I wasn’t surprised by Ella’s reactions to Phillip.  I enjoyed their romance very much and I’m definitely looking forward to the next story in this series.  Love a good romance involving royalty?  Then you’ll want to pick up Royal Service, I believe you’ll enjoy yourself.