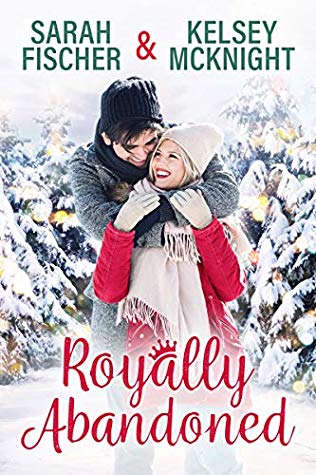 ROYALLY ABANDONED is a delightful romance between two people who in some ways almost mirror each other’s situations.  Greyson has a life of service and duty ahead of him should he decide to not abdicate his position of Crown Prince set to take over the rule of the small country of Aldora when his father, the King, steps down.  He has a month to make that momentous decision.  He longs for a simple life, one where he is judged upon his abilities, personality and as a man – not as a future monarch with all the political intrigue and lies that may include.  He’s flown to Savannah, Georgia to take his place on a construction crew doing something that he enjoys, something that matters.  His ultimate decision might have been easier if he hadn’t run into Scarlett – now one sweet Southern Belle with a mind of her own, and her own wishes for freedom from the demands of family and wealth has to play into his decision.  But to do what is right or is best for them both won’t be an easy decision.

I was caught in the spell of Greyson and Scarlett from the beginning.  Watching as they found each other, dealt with family, discovered freedom isn’t always as easy as it sounds, and fell completely in love was a romance that I will read again, particularly at Christmas time.  Everything you really need to know before picking up ROYALLY ABANDONED is in the Cover Description.  I found a story that flowed easily, gave me interesting (if not always nice) characters to discover, the magic of the holidays, and a love story that captured my heart.  If you love a really good romance, a bit of mystery, and a couple to enjoy as they discover what loving someone really involves – then have I got a Christmas story for you.

« Returning to Eden by Rebecca Hartt
The Cowboy’s Hunt by Jamie K. Schmidt »