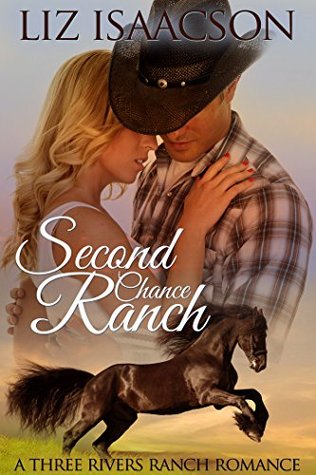 After his deployment, injured and discharged Major Squire Ackerman returns to Three Rivers Ranch, anxious to prove himself capable of running the cattle operation so his parents can retire. Things would be easier if the ranch wasn’t missing 1.6 million dollars, which forces Squire to hire Kelly, the girl who rejected his high school prom invitation, as his accountant.

She’s back in town with her four-year-old son, living in her parent’s basement until she can get her life back together. With fresh ink on her divorce papers and open gashes on her heart, she’s not ready for much beyond her new job on the ranch.

Squire wants to forgive Kelly for ignoring him a decade ago. He’d like to provide the stable life she needs, but with old wounds opening and a ranch on the brink of financial collapse, it will take patience and faith to make their second chance possible.

I recently began the Seven Sons Ranch in Three Rivers series and realized that while I had read some of the beginning (foundation) series I hadn’t completed it or reviewed it.  This was back before the blog… so, what better time to fix that oversight than right now with the beginning of it all at the Three Rivers Ranch Romance series and Liz Isaacson’s debut Contemporary Romance story SECOND CHANCE RANCH.  Rereading this one was no chore and reintroduced me to some likable, relatable characters – and one vile piece of nastiness.

It’s been ten years since Kelly left Three Rivers.  Now she’s back with a young son, fresh divorce papers, and the need to redo her life in a way that can provide her small family with a solid income and perhaps heal some emotional wounds.  Squire is also back in town having served his country and now has the wounds, both physical and mental to prove that fact.  His father is wanting to retire which puts a hold on Squire’s desire to follow his own dream as he makes reluctant plans to take over the ranch.  Yet, there is real trouble at the ranch with missing money and Squire’s old crush being hired as the new ranch accountant.  Two lives will interact once again, perhaps with a much better ending than when they last met.

I liked SECOND CHANCE RANCH yet there were moments when I really wanted to shake Squire to get his mind out of the past and/or to sit them both down for a stern talking to.  He’s managed to hold on to hurt feelings over a prom invitation gone wrong for a decade never once considering it was the way he asked that was open to disaster from the start.  Kelly now has some major trust issues after her cheating ex-husband continues to do a number on her and their young son.  Two people who could work well together are going to have to set aside their differences in the ongoing search for the missing money – and perhaps begin to see each other with more mature, clearer eyes.  There is a mystery to be solved along with some danger as Squire and Kelly get closer to the truth.

I enjoyed this world with interesting characters and will definitely be catching up on this series as I plan out my series reading for 2020.  If you’d like to go back to the very beginning of the other connecting series then SECOND CHANCE RANCH is the place to start on this adventure.