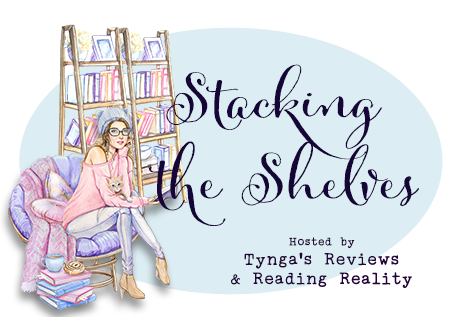 Stacking the Shelves is hosted by Tynga’s Reviews and Reading Reality.  If you’d like to take part simply click on those links above or the graphic to discover what this fun meme is all about.

Books Added to My Shelves This Week

I decided to splurge a bit this past week and treat myself to some titles I’ve been wanting.  And there were several titles offered by various authors at a dollar or no cost on Amazon as well so… my TBR just got a huge influx of material.  Not complaining, just have to find the time to get started on my newest additions – and maybe catch up on some that have been in my ever growing tower of TBR books.

The Last Gamble by Anabelle Bryant  (I love her Regency Romances)

The Awakening by Christine Feehan (Again, went back to the very beginning of the Leopard People series)

The Wedding Season by Samantha Chase  (another great deal)

And that wrapped up my spending spree for this week.  I got some books that I’ve been wanting but kept putting off until “later” but we all know that later never comes unless it’s right in front of us.   It’s also rather daunting to be beginning some series that are very long, but I tend to need to go back to the beginning so it might take me a while to get caught up, but the journey will be worth it in the end.

So it was an expensive spending week, but I don’t regret any of my purchases.  Not even going to mention NetGalley this week.    Bottom line is I had fun and will have a blast on my reading binge… one happy reader right now.  🙂