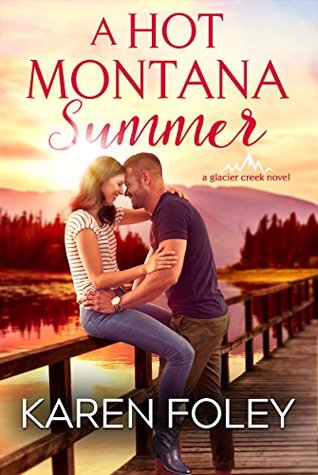 Jamie Colter is a combat-hardened Marine who’s back in Glacier Creek recuperating from a mortar attack that left him with a busted leg and a serious case of cabin fever. He just wants to get back on his feet and rejoin his unit, until the one woman he’s never been able to forget walks back into his life. The last time she saw him, he was a scrawny teenager. Now he has just two weeks to make her see him as the only man who is perfect for her.

With her marriage in ruins, Rachel McCafferty returns to Glacier Creek to nurse her wounds and make a fresh start—one that doesn’t involve someone who will eventually abandon her, the way her ex-husband did. When Rachel catches sight of Jamie, she’s dumbstruck by his good looks and brash confidence. He’s no longer a boy—he’s a man, and when he makes it clear he’s hers for the taking, she finds herself rethinking all her rules about younger guys.