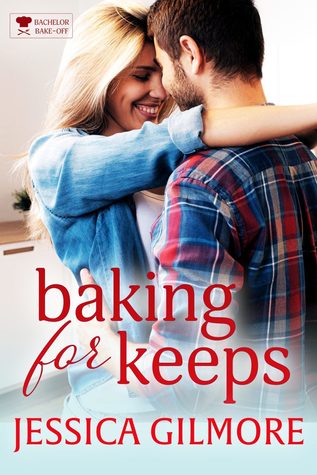 Lacey Hathaway has it all — a job she loves as a local radio DJ, a home with her adored, eccentric aunt and, best of all, a community after a childhood traveling with her musical parents. So what if her life is a little too safe? Marietta is everything to Lacey. Not only is she helping to organize the Bachelor Bake-Off and filming a documentary about the process, she’s also volunteered her brother as a Bachelor. But, when her brother backs out, Lacey has to find a last-minute replacement. And who better than her aunt’s lodger, gorgeous – if taciturn – Zac Malone?

Zac’s not exactly community-minded. In fact, he makes it clear that the sooner he’s out of Marietta the better. But when Lacey persuades him of the powerful impact the Bake-Off funds will have on local children, he decides to give it a go. On one condition. If he has to learn to bake, so does disaster-in-the-kitchen Lacey. Desserts aren’t the only thing heating up, and as the attraction flares and Zac makes plans to leave, Lacey’s beginning to realize that maybe there is a world beyond Marietta’s borders after all… if she’s brave enough to take that step.

Titles in the Bachelor Bake-Off series include:  A Teaspoon of Trouble by Shirley Jump – A Spoonful of Sugar by Kate Hardy – Sprinkled with Love by Jennifer Faye – Baking For Keeps by Jessica Gilmore – A Recipe For Romance by Laura Van Hulzen