Tag: Brothers of the Cooper Ranch #2 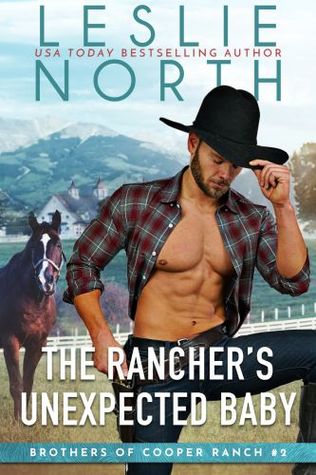 To Maxwell Cooper’s great pleasure, his horses of quality Quarab stock have been well received by American buyers. His goal of selling to the Arab royal family would give his breeding business international credibility and prove that he wasn’t the bad apple everyone had assumed. After missing his opportunity at auction two years in a row, he’s been invited to back to back VIP sales and word on the street is that the royal family is going to be in attendance. And nothing will stop him from keeping his eye on the prize this time.

Lena Fudge had been traveling the circuit as a newbie horse trader but found herself fired after she passed along a hot tip while having hot sex with Maxwell Cooper. Now disgraced, she finds herself back in her family’s home in the middle of nowhere horse country. Learning she’s pregnant adds insult to injury, and despite her best efforts, she’s fulfilling her family’s curse of living at home. She knows she has to tell Maxwell about the baby, but she refuses to ask for his help until she has her ducks in a row. That is until she runs into Maxwell at the auction stables after being rejected from a last-ditch attempt to get her old job back.

Maxwell has been dreaming of Lena since their night of passion four months ago. One look at her, and being pretty sure he was the one to pop her cherry, he realizes he’s the father. But Maxwell knows Lena’s pride would not allow him to take care of her, so he asks her to work with him as a horse trader. It’s not charity. As it turns out, Lena is the full package. She’s a dream in the stables, amazing with buyers, and not adverse to a roll in the hay. But when things begin to go deeper than just a sale or sex, they’ll find themselves racing toward a bidding war that will either have them living a life of love or losing it all.