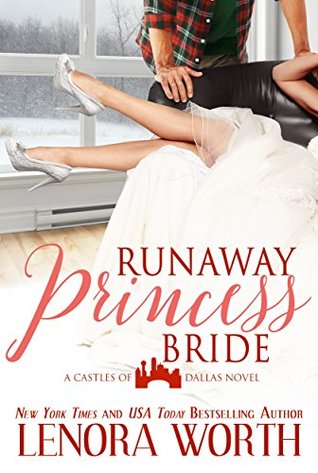 After making a serious misjudgment about the man she was about to marry, Cara escaped to the one place she always felt safe–her family’s ranch. She wants to evade the paparazzi and hide her near disastrous mistake from her family, while she tries to figure out what’s next.

In need of peace after a tumultuous year supervising the building of Castle’s first technology store, Aidan Castle escapes to the Double L Ranch. When he enters the den, he’s shocked to find a woman sleeping in a wedding dress. Worse, he recognizes her as the beautiful socialite he kissed at Castle’s costume ball. He’d felt that night was special and when Cara left, he’d lost a little piece of his heart.

Cara has no place to go, and Aidan’s not sure he wants to kick her out. When a winter storm traps them in, their attraction and bond become undeniable. Cara opens up and Aidan can’t resist playing white knight and offering to scrub all details of her secret love life to save grace with her powerful brother. But then, he discovers secrets that make him question everything. Can he trust her?