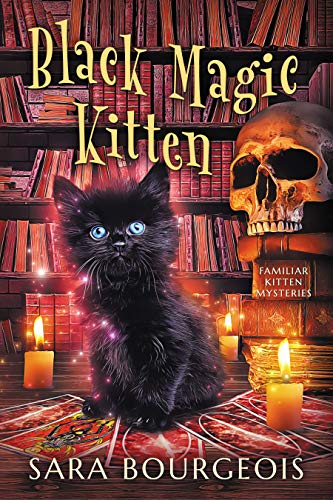 Kinsley Skeenbauer never thought she would go home. At seventeen, she’d left Coventry and didn’t look back. But after a messy divorce, she packed up her stuff and drove toward the only place that she knew would accept her.

Life hadn’t been easy for Kinsley since she left town. Despite wanting a family desperately, she was childless. She had a college degree but had just been fired… again.  She’d spent her entire adult life rebelling against what she was, and that meant hiding her true self from the world. Kinsley left Coventry on a mission to be ordinary.  But you know what they say about the best-laid plans…

Coventry isn’t your typical small town. It’s home to the most powerful family of witches in the world. Two ancient witch families united when her parents married, and she was supposed to be their leader.  Nobody ever asked Kinsley if that’s what she wanted, though.  Funny how the universe worked because there she was divorced, childless, and jobless… again… rolling into Coventry in her broken-down car with a U-Haul full of everything she owned.

The joyous welcome home party was short-lived, because a dead guy turned up, of all places, behind the diner.

Of course, the town’s hunky sheriff starts to give Kinsley the side-eye. But, a lot of people wanted the victim dead, and that only complicates the investigation.  There’s a murderer on the loose in Coventry, and Kinsley’s got to learn to harness her powers to avoid the killer’s snare.

Oh! And, then there’s Meri, the black cat familiar. Someone decides to grant him one wish for his faithful service to his coven, and it doesn’t go as planned either…

Welcome back to Coventry. The events in this story take place thirteen years after the final scene the Wicked Witches of Coventry series. It can be fully enjoyed on its own.