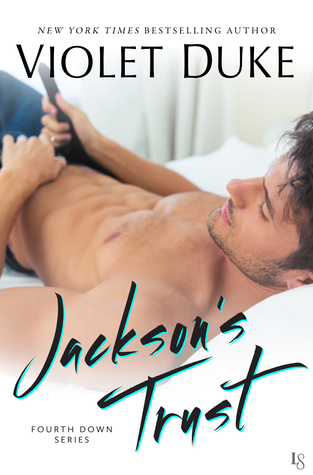 It’s no secret that sports analyst Jackson Gray doesn’t do relationships. What is a secret, however, is the reason why. Jackson’s life is . . . complicated. And it doesn’t help that his current hands-off “friendship” is with the cute-as-hell new sideline reporter he’s assigned to train. Turns out, not only is the woman damn sweet, she also knows as much about football as he does. Like it or not though, Jackson has to remind himself that sex is the only thing he has to offer . . . until now.

Leila Hart’s fast-growing friendship with Jackson is something she’d never risk, no matter how unbelievably seductive the reward. Becoming an NFL sportscaster has always been the goal, and thanks to Jackson’s fierce support and mentoring, it all finally seems within reach. Problem is, a girl can only take so much of that sexy-as-sin voice whispering dirty, filthy football stats in her ear before she loses all self-control. A workplace romance with Jackson is a disaster waiting to happen, especially for someone with big dreams . . . and secrets of her own.

Read on for my thoughts on Jackson’s Trust.  No true spoilers, promise.