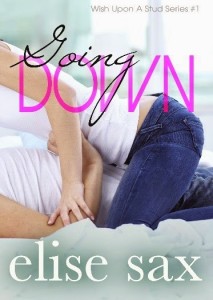 “Free Monday Pick” is a feature here at Keeper Bookshelf that showcases a novel I picked up for free.  This week’s pick was found at Amazon’s Free Kindle Books offerings.

Look for a “Free” novel to be picked each Monday and the review to appear on the following Monday.   There are some really good “free” novels available (and some not so great too).  Let’s weed them out.  If this sounds like something you’d like to take part in — awesome, just leave a link with your Free Monday Pick in the comment section and let us go check it out.

This week’s pick is:  Going Down by Elise Sax.

Marion MacAlister wants to nail her audition, not get nailed. Truly. Honestly. All right…maybe she does want to get nailed, but that’s just because her hottie landlord and local diner owner Mack Ryan is confusing her with his mouth.

Can friends become lovers? Especially friends who might not even be friends in the first place?

Going Down is the sexy and hilarious first novella in the five-part Wish Upon A Stud series. Each novella is roughly 100 pages with no cliffhanger.

Wish Upon A Stud…A happy ending is just a coin toss away.

Wish Upon A Stud Series

Going Down is the first introductory novella in a series of 5 novellas in the Wish Upon A Stud series.  Today, March 23, 2015 begins the promotion blitz for this series.

I am NOT part of this blitz.  I might have been, but I discovered it a bit too late, oh well… next one.

But since this is a Blitz, and the first novel is free to download at Amazon (and I’m sure other retailers) — why not go with this one for the Free Monday Pick Feature?

This is the complete series… believe me, I have checked it out already.  Once I read Going Down I’ll decide if I’m going for the rest of the series (which is discounted until April 1, 2015 – I’ve read, so there is still a bit of time ) 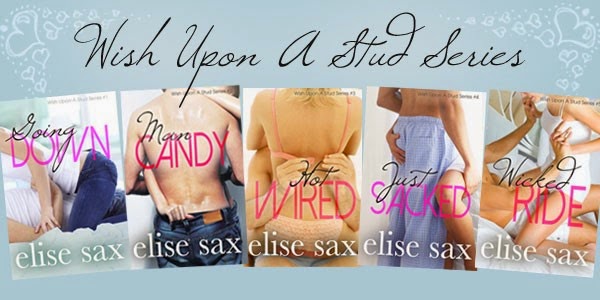 I’ll let you know what I think next Monday 😉