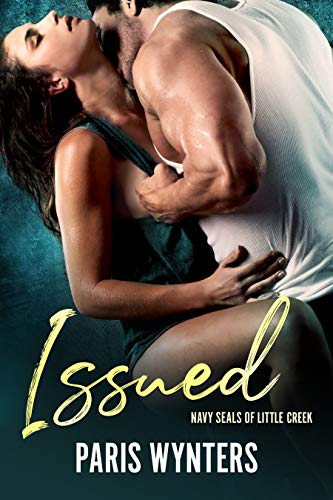 Taya Maverick has just volunteered to marry a random Navy SEAL as part of the military’s new spouse-matching program. What other choice does she have? Her former best friend killed her father and torched her house. Taya’s determined to start over, but to be safe she has to disappear. The program is the perfect opportunity, complete with refuge and a built-in bodyguard. Her Navy SEAL husband can keep her safe, right?

After one spectacularly disastrous marriage, Jim Stephens nixes round two. But his commanding officer never accepts no for an order. While an injury may have sidelined him temporarily, Jim still needs to salvage his career after a mistake in combat puts him in leadership’s cross-hairs. Being the first in the pilot program guarantees him his rank and eventual active duty clearance…as long as he can last the trial year.

The I dos are barely uttered before Jim and Taya realize they’ve each miscalculated. Their sizzling chemistry might lead to bed, but neither is prepared to open their heart. And then Taya’s past comes knocking.