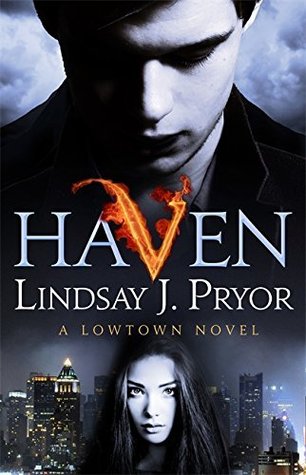 Every few days the handsome stranger comes into the café in Lowtown for an hour a time. Most of the time he keeps himself to himself – one drink and he leaves. Sometimes people meet with him but about what remains elusive, the edge of mystery and danger adding to his allure.

Not that Ember is allowed to think about him. She’s finally on the cusp of gaining her citizenship and escaping Lowtown for good, so she can’t be seen to be involved with a vampire – evidence of one single bite would be the end of her prospects. But when those prospects are rocked by her links to the district’s dark underbelly, the stranger she must avoid could be her absolution – and she could be his .

Lowtown is a spin-off from the Blackthorn universe.  Haven is the first of the Lowtown series..