Tag: On the Market 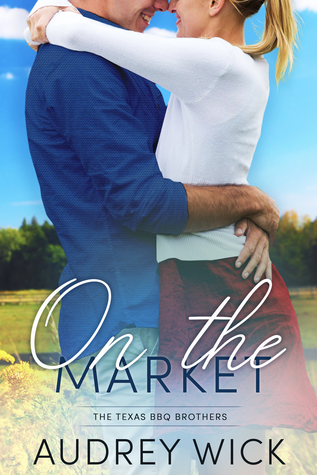 Will she be the secret ingredient to his happiness?

Valerie Perry has just inherited her grandmother’s home in Last Stand, Texas, a far cry in the country from her city life as an organic grocery buyer in San Antonio. Her methodical daily routine suits her just fine, so she aims to freshen up the property, sell it, and take her funds back to the city. She’s only got two weeks during her vacation to make this happen. Now is the time to cash in and get out.

The oldest Hutchinson son, who people around town know as “Hutch,” is a third generation local who is poised to take over the family business with his brother, Cole. The barbeque brothers have very different ideas about the future of their restaurant, “The Hut.” Just when he thought his biggest headache was his job, Hutch meets Valerie and both their worlds are upended. He’s drawn to this fish out of the water, but Valerie’s time in Last Stand has an expiration date.

Their sweet and saucy styles don’t mix, but can they both find the recipe to a happy future?