Tag: Once Upon A Bad Boy 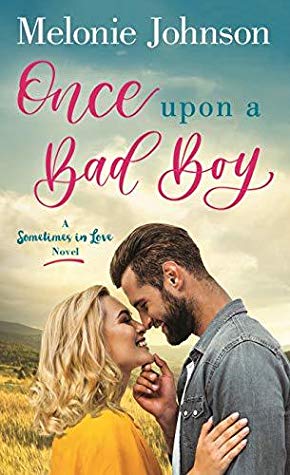 Former soap opera star Sadie Gold is determined to overcome her reputation as a spoiled rich girl with more connections than talent. She’s thrilled to score a coveted role in a blockbuster movie—until she learns that the stunt man training her is Bo Ibarra, the guy Sadie lost her heart to years ago.

Sadie and Bo haven’t seen each other in a decade, and their reunion is bringing up desires they haven’t felt since they were teenagers. But Sadie has been holding onto a secret from their past she is desperate to keep hidden.

When a tabloid splashes the secret across the headlines, both of them are shaken from the fallout. Can Sadie convince Bo to take a chance on them again? One thing’s for sure, happy endings don’t come as easily in real life as they do in the movies.

END_OF_DOCUMENT_TOKEN_TO_BE_REPLACED

Tags: Contemporary Romance, Melonie Johnson, Once Upon A Bad Boy, Sometimes in Love #3