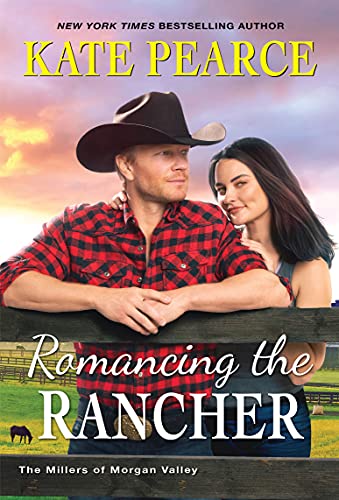 Ranching will always run in Evan Miller’s blood, but as the fifth son, he also wants to prove to his skeptical family that he can forge his own path. Drawn to the world of rodeo, Evan encounters Josie Martinez, half-sister of world champion bull rider Rio Martinez. He hopes Josie might show him the ropes—among other things—but Josie has priorities of her own . . .

Josie’s not sure what she’s doing at her brother’s ranch when she should be at her office in San Francisco, fulfilling her dream of becoming a young entrepreneur of the year. Ever since violence unexpectedly entered her life and her home, she’s struggled to get her life back on track. The ranch offers a sanctuary—with one gorgeous exception: Evan. But is he just a distraction, or can their growing bond—and an undeniable attraction—persuade Josie that her heart is big enough for work and love . . .