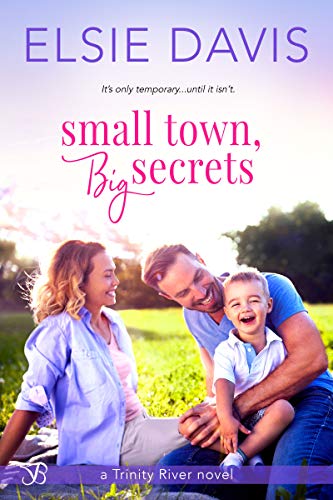 To save her son, shy but determined waitress Becky McAllister would do just about anything. But she never expected “anything” to include the brother of the man who broke her heart.

Steve Parker needs a wife, now, if he has any hopes of winning his local DA election and becoming the advocate for the underserved he’s always dreamed of being. The sweet waitress seems like just the person—if he can get her to agree.

One year of marriage—no strings, no personal attachments. Becky gets the insurance funds she needs for her son’s surgery while Steve’s poll ratings soar. Neither planned on a commitment in their future, so they should have no problem making it through the year without getting emotionally involved, right?

Except Becky’s holding on to a secret from her past—one that would change everything.

Titles in the Trinity River series include — Back in the Rancher’s Arms – Small Town, Big Secrets –