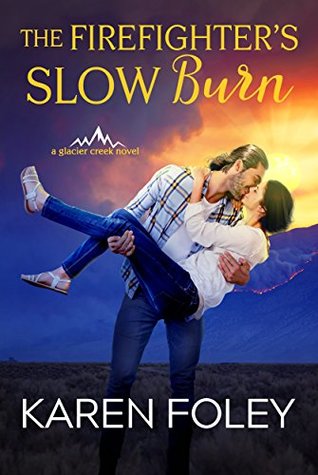 Dylan McCafferty enjoys anything that gets his adrenaline pumping. He’s an avid risk-taker, except when it comes to love. He has too many adventures left on his bucket-list to ever settle down. But when Hayden Temple rolls into town, bringing her two young nephews and a whole lot of trouble with her, he finds himself out of his comfort zone. Now, the biggest risk is the one he’ll take with his heart.

Blamed for a barn fire that killed her father when she was just a teenager, Hayden Temple knows it’s impossible to outrun the past, yet she still longs for a place to call home. She believes she’s found that in the small town of Glacier Creek—and the sexy thrill-seeker who might be the one person capable of keeping her ghosts at bay. But after her young nephews inadvertently start a wildfire that threatens the small town, she’s the one raked across the coals. When Hayden’s past finally catches up with her, will she be forced to stand by and watch as any future with Dylan goes up in flames?