Posted May 9, 2017 by Marsha in Contemporary Romance, Series / 0 Comments 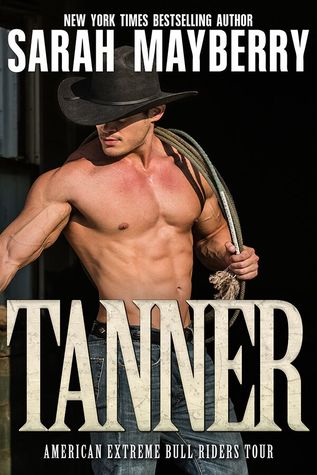 He’s used to risking it all in the ring, but nothing prepared him for love…

After flying half-way around the world to surprise her boyfriend, Evie Forrester finds herself heartbroken and stranded in a strange city. What could be a total disaster becomes something else when a tall, dark bull rider turns out to be a white knight in disguise. Evie isn’t sure she needs saving, but Tanner Harding is a difficult man to deny. He’s even harder to resist…

Tanner Harding can tame a monster bull with ease, but he never expected to be floored by someone like Evie. Sparks fly between them until injury threatens to end Tanner’s career –and suddenly he’s the one in need of a rescue.

Evie can’t turn her back on her wounded hero and, as Tanner struggles with his recovery, she’s not sure she can guard her heart against him either. Tanner knows Evie has slipped under his skin, but she lives in Australia and his future is under a cloud. Can two people with too many reasons to walk away make the bold decision to stay?

In retrospect traveling half way around the world to surprise a man you’ve loved for most of your life… but you’re not so sure he feels the same might not have been the best idea Evie ever had.  But she had to know.  Even if that doubt was well hidden, it was still there.  Troy would be happy to see her, of course he would and he’d erase all these doubts of hers.  Well, things didn’t work out quite the way Evie had hoped, not with a buckle bunny attached to the man she thought was hers.  She was saved from utter humiliation on the spot by a handsome cowboy with broad shoulders to hide behind… and then walked away with her head held high and tears clouding her vision.  She never expected to see the stranger again, but it turns out that knights are truly alive and well.

Tanner was at the top of his game, well on the way to another championship year.  Seeing the lovely lady get the worst surprise of her life had him stepping in and trying to shield her from that ugly reality.  He’d thought it was finished and he’d done his good deed for the day.  But then he saw her again that night, heading to a run down motel in the worst part of town – he couldn’t keep on driving away.  Somehow he felt responsible for this sad woman and he’d step in once again to insure that she was alright.  It would turn out to be a snap decision that would change the rest of his life.

I completely enjoyed Tanner and Evie’s romance.  It has such depth, so many layers to their relationship that there was always a surprise around every corner of this story.  They were a realistic, believable couple even though their first meeting was unusual to say the least.  It was touching to watch Evie move on from her childhood infatuation with the boy she’d grown up with, to realizing the difference between a girlish crush and real love.  Evie is spunky, funny, smart and it’s so easy to see a part of her in every woman who has given her heart unwisely.  Lessons learned, and move forward with her life was her attitude – it just so happened that Tanner was right there to show here what the right man could mean for her.  Tanner wasn’t expecting the connection he felt with Evie, his world was bull riding and little else got in the way of that life.  Love, family that would all come later once he was retired.  But love rarely works that way.  When an injury has a devastating effect, Tanner and Evie will quickly learn what truly matters.  It might take them a bit before they act on that, but the knowledge is there.

Tanner kicks off the American Extreme Bull Riders Tour series with a great couple, an intense story and an interesting look into this dangerous yet exciting sport.  I admit to missing Sarah Mayberry’s works recently, but the reality is that life happens.  Tanner is an excellent story to discover from an author that I have always enjoyed so much.  I would highly recommend this story and I cannot wait to dive further into this new series.