Posted January 5, 2020 by Marsha in Discussion Post, Thank Goodness This Week Is A Wrap / 0 Comments 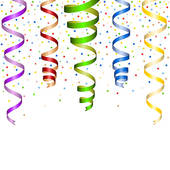 This post has been shared on The Sunday Post, a weekly recap from so many amazing blogs hosted by Kimberly over at Caffeinated Reviewer.

Well, we survived the Holiday Season once again.  The tree is down and carted away to become mulch for the boro, the last of the leftovers have been either devoured or *sniff* tossed, and now comes the fun of finding places for all those goodies that were under the tree waiting to be the center of attention once again as putting the gifts away becomes a priority.  We, as a family, had fun – but now it’s time to go back to the everyday world.

Like much of Romancelandia, I’ve been glued to my Twitter feed since December 23rd.  I’m angry, frustrated, and so very sad at choices I’ve discovered I needed to make in my reading choices going forward.  However, I did learn a new skill, one that I wish I didn’t now need, to go to an author’s Twitter page and click on their Likes.  That tells me a lot and has helped me weed out, as well as, add new authors to my lists.  Sadly, that will be an action I’ll take before buying or requesting on NetGalley from an unknown, new-to-me author.  It saddens me that I know there are series that will not be completed by me, that I’ll have to wonder what happened next forevermore – that is a personal choice and one I do not regret.

At Keeper Bookshelf I’m very pleased to say that I cleared out all the 2019 requests, got those reviews up before the ending of the year.  I had already made the decision to request fewer books and make tackling my own tumbling down TBR pile a priority for 2020.  I don’t want reading to ever become a chore, and by the end of 2019, it was heading in that direction for me.  So, as I get my act together, revise my own reading schedule and timeline, the fewer book commitments I have the better – for now, I know it won’t last more than a few months.  I do know myself.

I’m starting a new feature on KB, one that is just as much for myself as it may be of interest to others.  I get a lot of newsletters from authors.  I’ll bet you do, too.  Trying to find something in my archived files of those newsletters is a major pain in the backside.  So… I’m creating Tidbits From All The Newsletters.  These are just quick notes of new releases due out, maybe a long-awaited sequel being planned, nothing earthshattering but of interest to me because I enjoy those authors and, let’s face it, I’m addicted to series.  It will be out on Sundays beginning next week, and I’m a bit excited and nervous as well.  Hopefully, this will be an interesting feature to some readers – and the truth is that this won’t be of interest to everyone, but if your favorite author might also be on my list then you’ll find something of interest to you.  I hope for nothing more than that.

I’ve added a lot – A Lot – of new books this past week or so.  Christmas gift cards are a lovely way to discover new authors, and I’ve found so many new voices that I want to hear their stories.  That listing will be on my “Stacking the Shelves” post but I’ve bought the newest (and a few older) titles of Joanna Shupe, HelenKay Dimon, the debut of Tanya Agler, several series continuations, and many more.  I’m excited to get started on them – even if I’d promised myself to buy less and read my own more… this time it was necessary.  🙂

And the new release from Jayne Ann Krentz, The Vanishing, releases on January 7th.  I’ve pre-ordered and cannot wait for that to drop.

Okay, it’s time for a wrap for this “wrap-up”.  I hope you have an amazing week and that all your reading adventures have happy endings!