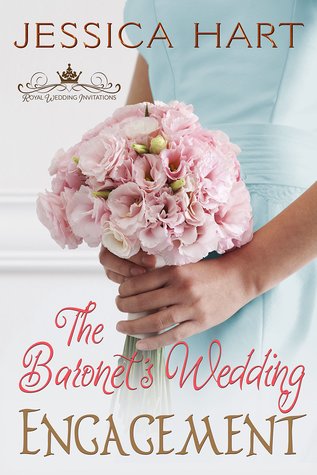 In the first story of this series, The Prince’s Bride, we met a secondary character the Crown Princess who is… shall we say politely a stickler for proper protocol – and getting her own way.  Now she’s up to her old tricks trying to butt into Hope’s wedding plans.  She’s finding she cannot control the wedding, but she can control the pre-wedding activities held in her country.  When she insists that everyone attending has a plus one to keep the numbers even she inadvertently sets the stage for a romance while unexpected, most definitely intriguing to Max, the bride’s brother and Flora, one of the bride’s best friends.  It might have started as a silly suggestion made in fun over the Crown Princess’ antics… but maybe pretend can turn into forever for two people who really deserve a happy ever after..

I enjoyed this romance very much.  While Max may come off as grumpy, there are reasons for his attitude, and a very strong and caring man beneath his gruff surface.  Flora has set her own path doing what she loves.  Neither was particularly looking for romance but slowly what started out as a fun experience became a chance at happiness – if they’d be willing to take that risk.

If you enjoy the pretend couple that turns into much more plot, then you’ll enjoy The Baronet’s Wedding Engagement.  There were a couple issues that were a bit of a hiccup for me, but they didn’t take away from the story one bit… just my own buttons, I’d guess you’d say.  If you’re in the mood for a bit of a fairy tale romance, an interesting plot, engaging secondary characters and a couple that you’ll be cheering on from the start – then this is a story you’d enjoy.