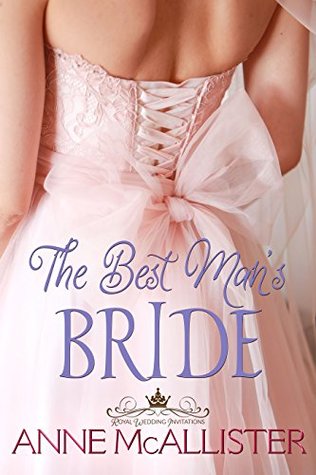 Rock star Jack Masterson is every woman’s sexy, heartthrob fantasy. He can have any woman he desires—except the one woman he wants — Celina Harris, the one who got away. Two years ago, focused on his career to the exclusion of all else, he let her slip through his fingers, but now there’s a royal wedding coming up, and both Jack and Celie will be there.

It’s taken two long, lonely years, but Celina is finally putting the pieces of her life back together. Now appointment secretary to San Michele’s Serene Dowager Margaret she spends her days assuaging royal egos, and ensuring that all runs smoothly. Each night she returns home to solitary peace after the heart ache of her tumultuous relationship with Jack.

Thrown together by the royal wedding arrangements, Celie knows the key to survival is to resist Jack’s careless charm. But Jack isn’t the man he once was, and seeing Celie awakens all his former desire. Can Celie resist the former love of her life, or will he break her heart all over again?

Jack and Celina were once married but misunderstandings and the hectic life of a rock star pulled them apart.  It’s been two years since the divorce was final and now they’ll be seeing each other for the first time in a very long time.  Their love for each other has never really died, something Jack has long known and Celie is beginning to realize.  Is it possible to get beyond everything that separated them once before to even dream of a second chance at happiness?  That’s something Jack is determined to find out for he is still very much in love with his Celie and he suspects that she still loves him as well.  Perhaps each being a bit older and hopefully wiser, they can mend the problems, clear up the misunderstandings and get that second chance at happiness together.

The Best Man’s Bride is an, at times, bittersweet look at what makes love go wrong – and the lengths one man in love will go to fix it.  Jack and Celina were a believable couple facing some very real problems.  No, I don’t know any rock stars but I do know people who are overwhelmed, I get that misunderstandings are going to happen and will cause damage if they aren’t cleared up.  I do know that if two people won’t talk to each other they’ll never resolve anything.  And these are things that Jack and Celie  had to discover for themselves over different spans of time.  Watching their second chance at happiness open up in front of them was an emotional, tender reading experience.

I’ve enjoyed the Royal Wedding Invitations series very much.  All the stories are amazing with likable, realistic people facing unusual circumstances.  If you haven’t picked any of these stories up yet I’d strongly recommend this series to any Romance reader.