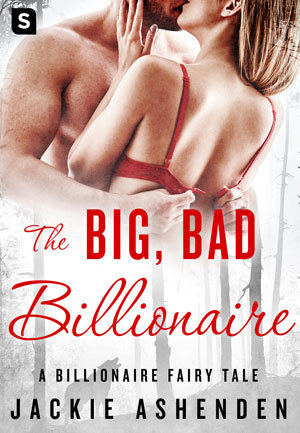 I’m very … conflicted … over how I feel about The Big, Bad Billionaire.  At times, I would have told you I was reading two separate books, one the first half and one the second half of this romance.  Because of my reaction to this romance I’m going to keep the review brief so that I don’t unintentionally let spoilers fly while trying to explain myself.

Rafe is a difficult man to get a feel for at first.  Part of that is his personality from birth, part is also how he’s been raised away from his parents so that now he only shows the world what he wants to be seen and not one thing more.  He is hard, dominating, arrogant and in control, even if that control is held by the slimmest margin.  Revenge has been his life’s plan – and having the woman who has had the ability to understand him, calm him from a very young age as his own.  Two goals, one reached the other almost within his grasp.

Ella and Rafe are two people who will butt heads, argue with each other and perhaps even fear each other on some levels.  Yet, they are also the only people who can calm fears, temper rage and complete each other in ways they never imagined.  Their romance will be fiery, intense, filled with the push and pull of dominance and submission emotionally.  The road to a happy future will not be easy by any means – but in the end, it will be so worth the journey.

Don’t misunderstand when I say I’m conflicted – I enjoyed The Big, Bad Billionaire very much.  It is intense.  It is sexy.  And it is often harsh.  I believe this is a story that needs to be experienced for it’s impossible to convey the emotions that ran through my mind while reading Rafe and Ella’s love story.  I would recommend this story with the opinion that you should expect dark and deep with this one, the only thing sweet here is Ella.