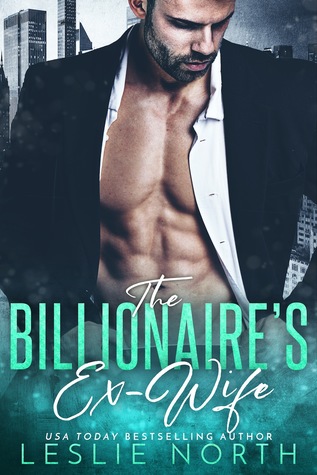 Sam views the world in black and white—a strong attitude that’s earned him billions in the business world and an ex-wife in the real world. Sam wants is to choose his own future, but to do this he must pass a test set out by his older brother, and CEO: onboard his wayward brother, Eddie. Sam accepts the challenge but isn’t sure what to think when he learns that the woman he’d love and left is part of the test too.

Trinity Jameson is a fixer. It doesn’t matter if it’s ugly furniture or an ornery employee, Trinity has the touch and she’s spent most of her life helping others achieve their best potential. But when her ex-husband comes back to town to prove he’s got a heart, Trinity makes a decision: She’s not going to fix his problems for him—no matter what his smoldering blue eyes ask of her, she’s going to say “No.” She’s determined that he’ll fix his own mess this time.

Before Sam landed in New York, his goal was to leave the city just as fast. But when Trinity saunters into the room looking better than ever, his desire begins to shift. He realizes that what he really wants is what he can no longer have: Trinity. Sam has no trouble stoking their physical fire, but hot sex isn’t going to be enough to heal the hurt he’d caused long ago. Sam isn’t going to be dissuaded by her new found emotional wall. He helped her build it, and now he’s going to knock it down.

The sad fact is that Sam in an obsessive workaholic and that cost him his marriage.  When work always came first and Trinity a very far second, or more, she’d had enough.  If it was work that Sam loved above everything else… then let him have his work.  Now Sam is facing a test, a professional one certainly but it’s also turning into a personal test.  And if he wants to win the real prize it’s time to change his ways.

The Billionaire’s Ex-Wife is an emotional story on so many levels.  You’ll be frustrated, joyful, laugh and cry, want to smack someone one moment and hug them tight the next.  Neither Sam nor Trinity are going to make this journey easy… and it shouldn’t be.  There are millions of men and women like Sam in the world.  For them work is life, and the only life necessary is work.  They are strong, intelligent and driven – often to the point of losing the important things about life while conquering the business world.  They have no clue how to find a balance between their work and the ones that love them, need them to be present in their personal lives as well.

There were moments that I ached for each of thee characters.  And moments that I had no idea what the heck they were thinking.  Sam’s brothers didn’t exactly help the situation any either.  In Sam’s need for another chance with the woman he still loves he will try to reshape himself into a man she’d love.  And while Trinity is good at fixing other people or things, she’s not going to help Sam out on this one.  If he cannot change his ways then they have no future together.  It’s just that simple for her, in spite of still being in love with this infuriating man.  Both are right, both are wrong.  And finding that balance between the two is what makes this story come alive.  Watching them find their way to a happy ending brought forth both happy and frustrated tears… and if that’s not an emotionally involved story then I don’t know what is.

I enjoyed this one, and now I need to know what his brothers will face.  If you enjoy an emotional story with characters you actually have a love/hate relationship with then The Billionaire’s Ex-Wife is perfect for you.