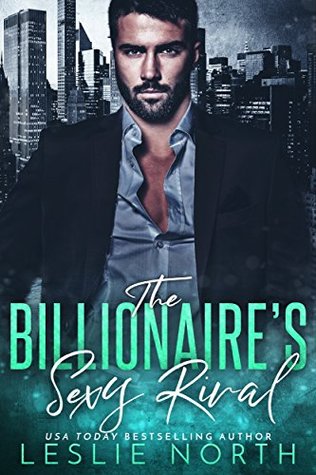 William Jameson is a born leader. Strong, efficient, and with a special talent for knowing exactly what turns people on—it’s no surprise that he’s the CEO of the billion-dollar Jameson Ad Agency. He’s  always had his choice of client—that is until a boutique agency called Wildflower sprouts up like a weed in his perfectly manicured world, stealing the last three jobs out from under him. It’s hard not to be attracted to the free-spirited owner. Her mind and body are exactly what his heart wants…it’s too bad his goal is to crush her as competition.

Poppy Hanniford, CEO of the Wildflower Agency, has always been unique and as colorful as her business’s name. A fan of communal collaboration and out of the box ideas, Poppy and William come together in the perfect storm when a rogue romance publisher decides that two is sometimes better than one: challenging Poppy and William to work together on a trial project. The person who performs best, wins their future business.

Forced by the client into teaming up, William and Poppy are about to find that while their leadership styles don’t mix, romance is one subject they agree on. A smoldering kiss for the cover of a book kicks off an affair that’s hotter than the bestsellers they want to advertise. When it’s made clear that only one of them can walk away with the contract, they’ll need to decide what’s more important: the job or their love.

The Billionaire’s Sexy Rival brings the Jameson Brothers series to its conclusion.  It’s been an amazing ride with these brothers and their ladies  Yet watch for Poppy and William to ratchet up the heat a bit in business and in romance.

Recently William’s ad agency has been losing out on clients that they probably felt they had completely in the bag, until a rival agency came along and snatched those clients away.  Now William has decided that the next client presentation will be handled by him.  He’s the head of the company, his leadership and determination has driven this company and if there is anyone going down in flames this time it’s not going to be his agency.  Well… life and business doesn’t always turn out exactly the way we expect.  His rival turns out to be just as good at what she does as he is in what he does.  With an unusual client request standing between them both Poppy and William have to learn how to “play nice” …for a bit at least.  Neither one expected the sparks that flew between them personally or the choices they would have to eventually make.  Love or business.  Winning isn’t everything if you lose the most important thing in the victory.  That’s a lesson they’re going to have to face – and make a choice on.

William and Poppy fire up the pages with their personality and chemistry.  I liked these two individually and together.  Both strong, smart, sexy, determined and not used to losing.  Their story captured me from the start and never let go.  I enjoyed my time in their world very much.  And even though this one brings the series to an end, what an ending it was.  If you love strong characters and explosive chemistry then you’ll adore Poppy and William’s adventure.  Indulge yourself and enjoy.