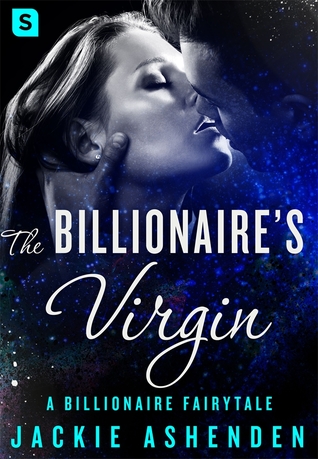 Dark, tortured, and intimidating, these dominant billionaires will steal their innocent heroines’ breath away. Overwhelmed by their desire to control their world, they push their heroines to explore their deepest desires. But even the most unworldly of heroines can unlock these billionaires’ secrets.

The headlines are always shouting about Xavier’s various excesses, and he’s everything they say he is. But now he’s gone too far, and the black sheep of the De Santis family has been ordered to clean up his image. Volunteering at a homeless shelter, he sees a bright light amidst all the bleakness. An angel whose luminous face and tragic beauty call to him in ways he can’t explain.

When the shelter Mia calls home closes, she is left with nowhere to go – nowhere except for the luxurious, glorious palace of a home that Xavier De Santis has invited her to stay. This too-handsome billionaire is dark, dangerous – and also too good to be true. But surely Mia can indulge in her fantasies and escape the drudges of her daily life for just one night?

As one night turns into two, Mia knows that eventually, the magic will end and she will have to return to her life of hardship. She can’t keep the beautiful clothes. She can’t keep the soft bed. And most of all, she can’t keep the hard, handsome, brutal man who makes her crave his touch with every breath she takes. Mia doesn’t belong in his world. But as Xavier tempts his rags-to-riches heroine with exquisite pleasure and heady desire, Mia doesn’t stand a chance but to surrender completely to him

The Billionaire’s Virgin is a good book, which is why the 3 star rating of mine… it’s basically a good book that many readers will enjoy.

Unfortunately, I was never able to connect to the main characters, especially Xavier who I waited and waited for him to redeem himself, in my eyes, but I never got that feel from him.  Mia, I felt for, she’s had a horrible life and coming under the wing of Xavier could have meant so much for her life.

When I read of a character like Xavier who is so over the top in his arrogance, mocking the less fortunate, deciding that what he wants is above everything else in the world including another person’s wants… it’s difficult for me to like them enough to care about their romantic outcome unless somehow he is redeemed by his actions or feelings at some point.  I simply never found that in Xavier.  To me he was only slightly less arrogant at the ending of the story than he was at the beginning.

So, as I mentioned before – I’m sure there is an audience that will enjoy and love this story… for me it was a good story that I neither hated nor loved.

« Seduction by Calista Fox
The Sheriff’s Mail-Order Bride by Ann B. Harrison »