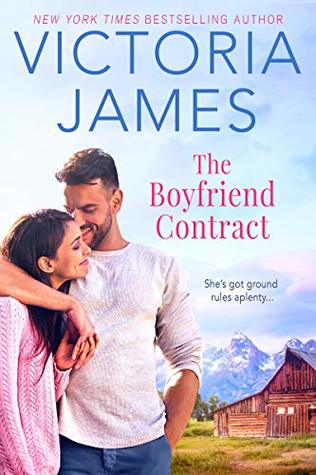 Emily Birmingham has had it up to here with men.

Growing up with an overbearing father and then her brother inherits everything she’s worked her whole life to build. Now she’s living in her grandmother’s dilapidated house in the middle of nowhere Canada, jobless, and dealing with the most annoyingly sexy contractor on the planet. Exactly when did her life become an anti-Hallmark movie?

Cooper Merrick learned the hard way that love is definitely not worth the risk. He’s happy running the family contracting business alongside his well-meaning but overly-opinionated brothers…happy enough until polished and perfect Emily enters his world. Nothing prepared him for the ways she turns his life upside down and reaches the parts of himself he’s closed off from the world.

But when he finally gets up the nerve to ask Emily out, she says her next date will need to come with a written contract and some very particular ground rules. Yeah, it sounds crazy, but why does he find himself wanting to sign on the dotted line?

THE BOYFRIEND CONTRACT drew me in and never let go until the final word… and even then, I wished for more.  Emily and Cooper have far more in common than a first glance might tell you.  They are both wounded emotionally, even mentally by what life has dealt them.  Emily from being overlooked when her overbearing brother inherits the business she put her heart into and worked her butt off for over the years.  No more, she’s done with that life and has set out to start fresh – never to make the same mistakes in trust again.  Cooper is still in mourning for his wife who lost her battle with cancer a few years ago.  He’s going through the motions but his heart just isn’t ready for more than survival mode.  As these two come together and discover an attraction they both have to make decisions.  And Emily’s first decision – is rules laid out clearly, rules that neither can break.  But that’s not as easy as it might sound – not with the sizzle going on between them.

I loved Emily and Cooper together.  They are believable, relatable and it’s so easy to root for them to give love a chance.  There are moments that will start tears flowing, either with reaction or laughter.  There are other moments when you’ll want to sit one of them (or both) down for a stern talking to.  Yet in the end, they are two independent, stubborn, hurting people who are learning to trust and giving themselves permission to fall in love, take risks and chances that aren’t always easy.

I wish this was the beginning of a series for I’d love to learn more about some secondary characters.  Ah, well.  You just never know, right?  In all, I had a fun blast with THE BOYFRIEND CONTRACT and would highly recommend it to any reader who loves Rom-Com, wounded souls finding love, laughter and lots of love.