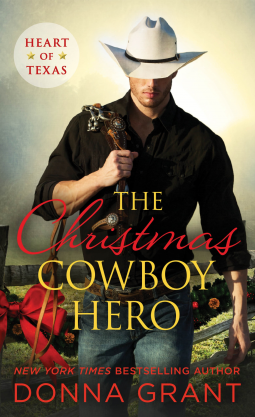 There is something so solid about Clayton that you can’t help but admire the man he’s become, and is turning into, in spite of his own personal demons.  He’s a man who will put family first, knows the value of a second chance and has a deep abiding love for his family and their ranch.  He wasn’t the son who was supposed to take over the ranch.  No that was his brother’s role, but at his death everything changed.  Now the family ranch is in deep trouble.  A thieving accountant, stolen cattle and his father’s illness has brought Clayton home to take control and straighten this mystery out.

Abby’s life changed in a heartbeat.  Her father’s death devastated both her and her brothers.  When her mother decided that she couldn’t handle life and slipped away in the middle of the night abandoning her family it was Abby who stepped in as sister and mother figure.  It was Abby who found a way to survive paycheck to paycheck and give her brothers the best she possibly could.  When one brother gets himself in serious trouble life is about to change for Abby once again.  One rancher who believes in second chances, and might just be the man she can turn to for life has changed everything.  Now comes the biggest risk of all – trusting her heart and her family to Clayton’s capable hands.

The Christmas Cowboy Hero is the type of story that will always touch my heart.  Wounded, not perfect people are realistic people, the kind that I can identify with and accept when their flaws and issues come into play.  Both Abby and Clayton are wounded souls, but neither is going down without a fight.  I liked them individually and together as a couple.  This story brings a strong sense of family, and a new blended family as well.  Life isn’t easy, and this story doesn’t pretend that it is – but it does show that with  patience, love, and trust a whole lot can be accomplished.

I enjoyed this story, and it’s a series that I plan to follow.  I’d definitely recommend this one for any Romance reader who enjoys strong family ties, second chances and very human, flawed, and realistic characters.