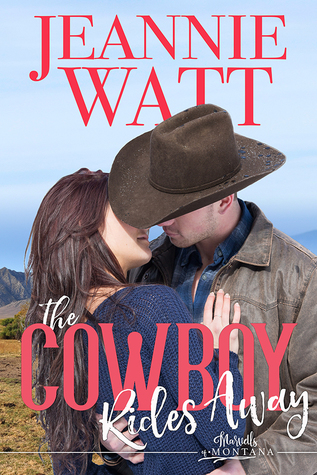 The last person Jason Mann ever expects to cross a line is sweet Meg Marvell, the woman he’d fallen for–and left–two years ago. An accidental meeting has Meg asking for answers, which he’ll give if she travels hundreds of miles to her cousin’s ranch where he works. Maybe making her go out of her way will help Meg understand that he’s not a good guy. His rough past makes it impossible to fit into her world.

Middle-child Meg Marvell has spent her life brokering peace and bending to avoid conflict. She lives cautiously, rarely takes risks, steps back when confronted. And she is damned tired of it. It’s time to tackle life on her own terms. Break free. And what better way than to answer Jason Mann’s challenge? He doesn’t believe she’ll travel to her cousin’s ranch to discuss why he disappeared from her life, so she does him one better and hires on. She didn’t want him back—she wants to prove that she can rise to a challenge. Unfortunately, the attraction they once shared has not withered and died as she’d once thought…if anything it’s stronger than ever

Titles in the Marvells of Montana series include:  The Montana Bride – The Christmas Secret – The Cowboy Rides Away

Family feuds are some of the most annoying, frustrating and dangerous minefields to try to navigate through unharmed.  It’s somehow even worse when a couple’s love gets caught in the crossfire.  It’s really hard to know if Jason made his decision for the wrong reasons or for the right ones – that mostly depends on who you’re talking to.  The bottom line is that he made a choice to walk away from Meg.  It certainly wasn’t easy but knowing her personality Jason felt it was a decision that would stick for both of them.  Neither would like it, but then Meg certainly wouldn’t push on his choice and he couldn’t back down from it.  Jason forgot one thing.. within every timid kitten lies the heart of a tigress just waiting for her chance to take over.  He pushed too far… and now Meg is willing to cross that line in the sand.  She wants and deserves answers… and this newborn tigress is determined to get them no matter how far she has to travel.

While Jason and Meg’s story is a romance with all the twists and turns involved in sorting out that emotion – it’s also a coming into her own power story for Meg.  She’s always been the one to stop fights, never question a decision she doesn’t like, rarely stands up for herself and is indeed a loving, timid kitten.  And as we all know, one day kittens grow up.  Meg has her moment of enough is enough.  She’ll find the courage to redefine herself, to do what is right for her and to get answers from the man she loves, even if he is a stubborn, hardheaded bull at times.

I enjoyed The Cowboy Rides Away on many different levels.  It has a little bit of everything that makes a romance a perfect read, for me.  Stubborn people, issues to be dealt with, coming into power and touches of danger along with the sexiness.  Yep, everything that makes any Jeannie Watt story an auto read for me.  I would recommend this story, and the series, for any Romance reader who enjoys a deeper story, believable events, likable characters a touch of danger, and a satisfying ending.

« Gage by Katherine Garbera
This Old Cafe by Marci Boudreaux »