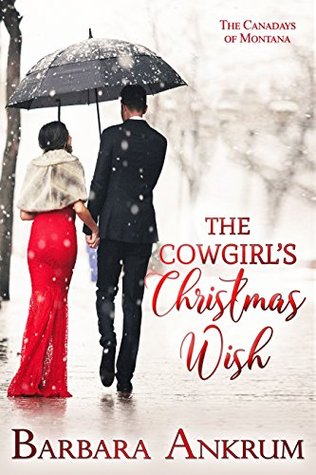 Eve had kept her feelings for Ben firmly under wraps.  Really, they were friends.  She might feel more towards him than that but why ruin a perfectly good friendship… even if she was sorely tempted.  But this trip she’s making right now proves that she was right to not say anything.  Ben was headed out of town, she was his ride to the airport that would be taking him away from Marietta.  She didn’t know it at the time, but that trip was supposed to be for much longer than the story Ben had told about a diving vacation.

Until a stray perhaps magical reindeer changed their plans.  By causing Eve to swerve, crashing her SUV into a snowdrift and put any chance of Ben catching his flight completely impossible.  Some might call it an unfortunate accident without injuries – others might see fate calmly stepping in.  Let’s play the “What If” game… if that reindeer had not stepped onto the road at that moment, if Ben had indeed made his flight then he wouldn’t have been at the hospital when a friend needed surgery after a nasty fall or to be there to take care of his friend’s sweet daughter while her father was in the hospital… or have discovered that what he was searching for was right here in Marietta all the time.  He simply had to pay attention.

The Cowgirl’s Christmas Wish is a heartwarming holiday romance.  Actually it’s two romances for we also get to experience the special love that Patsy, Malcolm and Lily shared as well.  Patsy’s love for her husband and daughter went beyond her death as she had left special instruction letters among her friends to be delivered in order to make this first Christmas without her joyous for her daughter and bearable for her husband.  When Mal fell while putting up the house lights, as per Patsy’s instructions, that left a little girl very alone.  Ben was asked by his friend to look after Lily while he was away from home… and that sets up Ben and Eve spending time together while making a sweet child’s Christmas enjoyable.

Ben had never left himself open to anything but work.  Commitments were not a part of his life goals.  Yet, now he had a little girl’s happiness in his hands and perhaps the chance to find his own happiness if only he can truly see why he’s running away all the time.  And make a commitment that does not include his profession but his life.

Eve and Ben’s romance and it’s struggles was very believable.  I know a few people who are so committed to their profession that they simply forgot about their own personal lives.  So this really isn’t that far from unusual, unfortunately.  Eve is a lovely character who reacts with anger when warranted and understanding when needed.  Ben is living his life based on his parents’ example and is afraid to look for anything beyond that.  He gets a wake up call, doesn’t always handle it well, but he’s trying.  I liked them individually and as a couple.

If you’re looking for a solid, feel good Christmas romance that is completely believable, with perhaps a magical reindeer’s intervention and feathers dropped from Heaven… then this is a story that you would love.  I would definitely recommend this one for anyone looking for Christmas magic and that thing called love.

« Shadow Falling by Rebecca Zanetti
A Little Luck, A Lot of Fate by Linn B. Halton »