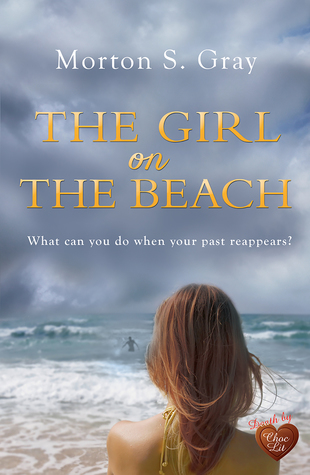 Our past is always out there.  Waiting.  Perhaps to bring a comforting memory in times of need.  Or perhaps to relive a nightmare we’d thought long buried and gone.

Ellie has built a new life for herself and her son.  One that is far removed from the abusive man she was once married to, away from the beatings that left her now looking nothing like her former self.  She’s established a new life here one that fits perfectly with who she is right now… beyond the nightmares of the past.  Until she meets the new teacher at the school, a man who is vaguely familiar… until she realizes she’s seeing a dead man or should have been.  It cannot be Ben, it simply doesn’t make sense.  Yet the longer she’s around Harry the more certain she is that something extremely odd and perhaps dangerous is going on.  For she remembers this man – but he obviously does not remember her, or the part her former husband had in his life.

The past rarely stays buried for long – and this time, it’s come back with a vengeance.

The Girl on The Beach is one of those stories that slowly washes over you as you see the past and the present come crashing together at your feet.  I was easily swept up into Ellie’s world, and her fear, confusion and realizations about Harry.  She knows who he is or was, but he has no memory of her whatsoever.  Her need to protect herself and her son is strong, but Harry draws her in for so many reasons.  It would be foolish to take the risk on this man, but she is sorely tempted.

I don’t believe I can say much more about the details of this story, for to do so would be to give away spoilers.  This is a story you need to experience first hand.  The tensions, underlying mysteries and the feeling of approaching danger is captivating and will grab your attention from the very start.  Harry and Ellie share a past – but now can they take the risk of a shared future.  With scenes that are tenderly crafted, at times frightfully real The Girl on The Beach is a striking debut story from Morton S. Gray.  One that I can only hope is the first of many in a long, successful career.