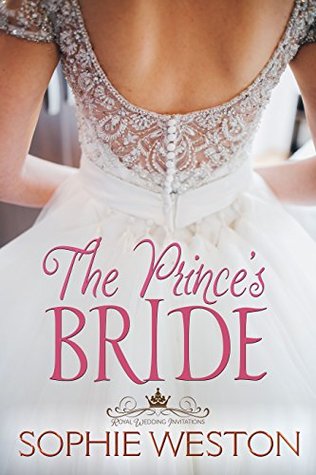 Jonas Revel is the Principality of San Michele’s super eligible Prince Charming–at least he will be if the family has its way. But Jonas has been paying his dues in the family high-powered law firm for long enough. He wants to live life on his own terms, and that does not include romance.

Hope Kennard’s childhood was rocked by scandal and financial ruin. With the death of her beloved but misguided father, she left England to travel the world in search of peace and purpose. No commitments, no baggage, no regrets. This philosophy works for Hope until she takes a house sitting job in sunny, beautiful San Michele and has a fateful meeting with a handsome and intriguing man.

Hope senses Jonas has secrets, but she has a few of her own. Can two people stop running from themselves long enough to find love?

When your life had been turned upside down, your youthful memories not of a happy family but of a father’s incarceration – well, a lie is never an easy thing to be told, not even those little white lies that flow so naturally in civilized society.  Hope has no tolerance for lies of any sort.  Having seen the results of her father’s lies, how his misleading destroyed so much for so many people… no, lies will never be acceptable.  So when Hope meets a real life Prince who is going about his normal, real life – without the pomp and circumstance his sister-in-law insists on- well, Jonas didn’t tell the complete truth, granted an omission is also a lie but he didn’t understand the importance of that difference to Hope at their first meeting.  It would matter, and it would come back to bite him far too soon, before explanations could be made.  He’d told her the truth that he was in fact a practicing lawyer, that he did volunteer work with the forest Rangers… he neglected to mention that he was also known as His Serene Highness, Prince Jonas of San Michele.

Most of us could understand the desire of a prince who has just met a lovely, interesting woman who does not recognize him to allow friendship or more to develop between them before revealing his true identity, titles included.  We might not like it, but I believe we’d understand why at least.  Hope’s trust in Jonas was shattered when she discovered who he also is and their story is Jonas coming to understand just how important the absolute truth is to Hope… and Hope coming to realize that while he did omit something vital, Jonas has also gone to great lengths to make up for that and prove his honest love for her.  I enjoyed their story.  If I was more on the team Jonas side well that didn’t mean I couldn’t see Hope’s point but her ridged mindset at times made her not so likable for me.  With several interesting and intriguing secondary characters being introduced in this first world building story, now I’m hooked on looking for the other stories to come in this series.  I would recommend The Prince’s Bride for any Romance reader and suspect that you’ll easily get caught up in the rest of the series as well.