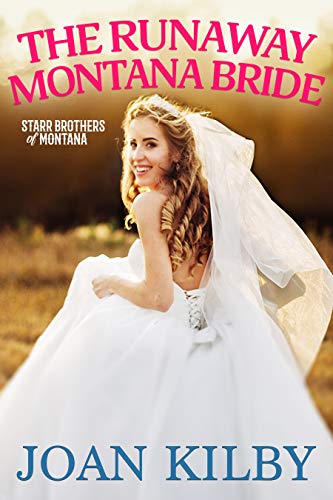 When lifestyle “it” girl Lilou Langdon dumps her wealthy, snobby fiancé days before their highly-promoted society wedding, she can’t get out of Manhattan fast enough. Desperate to escape, she begs her magazine editor for the first assignment out of town. With her designer luggage and pup in a purse, Lilou—who specializes in covering luxury resorts and glamorous travel destinations—arrives in Montana for a six-day trek into the wilderness.

Adventure tour owner Garrett Starr was expecting an experienced, off-grid journalist to cover his wilderness trek. Instead, he gets Lilou, a city-slicker ‘princess’ who doesn’t know a crampon from a crouton. Worst of all, she brings along her lion-haired Pomeranian, Simba. Garrett dreamed that the article would boost his business to the next level, yet Lilou appears to be his worst nightmare.

But Lilou didn’t make a name for herself by giving up, and soon both she and Garrett realize they’re in for more than they bargained for.

‘The Runaway Montana Bride‘ brings ‘The Starr Brothers of Montana‘ to a close (at least for now – I’ve learned to never say never where series are concerned).  Although this series spans many years in the creation (and one title change), I’ve always enjoyed the Starr family, the tight bonds that hold them together no matter what happens in life, the friendships they have throughout their small home town, but especially how fiercely they love with total devotion… even when faced with obstacles along the way.

Garret was expecting an experienced outdoor hiker/journalist for the article about his tour company – what he got was as far from that ‘knows what the heck to do’ guy as you could possibly get.  Truth is that Lilou didn’t expect to be heading to the country for her assignment, she’s more the luxury resort type.  But then she also didn’t expect (although she shouldn’t have been surprised) the disrespect her beloved aunt received from her now former fiancé and his family.  That was a lightbulb moment and Lilou wasn’t hanging around for excuses, she was done.  But she also needed to get out of town as well – and that’s when the most unlikely assignment landed in her lap.  When Garrett, Lilou, and Simba meet – that’s going to be classic… slapstick, anger, or love is still up for debate though.

I liked Lilou, yeah, she made a mistake in falling for James and his money, charm, and attitude but she’s seen the reality of what her future would have held and she got out.  When the ‘resort’ turns out to be something far different, when her fancy shoes are traded for hiking boots that cause blisters, when the other off-grid hikers on this trip turn their noses up at the newbie, when her dog (who she wasn’t supposed to bring along) gets in trouble – when life happens, the good, the bad, the ugly – Lilou deals, and deals far better than most people would under the same circumstances.

Garrett just wanted to take his business to the next level through this article.  He wasn’t planning on falling in love, especially not with a city girl who doesn’t have a clue how to survive out in the wilderness areas of Montana.  But she gets under his skin, a bet might have started it all but they work well together and maybe, if they actually try they could forge a lifetime together – after all, opposites are supposed to attract, right?

I had fun with Garret, Lilou, and yes, Simba, too.  If you’re in the mood for a really good love story, one that will make you smile, cringe, laugh, and maybe cry a bit – then ‘The Runaway Montana Bride‘ should be on your radar.