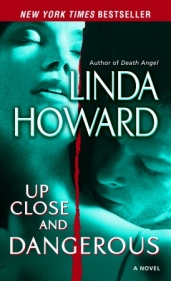 Bailey Wingate’s life got complicated the moment she agreed to marry James Wingate.  Sure she got a very nice lifestyle out of the deal – but there is always a drawback to the “perfect” deal.  In this case that small detail involved her step-children and their extreme hatred of her.

But did they hate her enough to commit murder?

When James Wingate died he left the care and control of his children’s trust funds to Bailey – with a monthly allowance to be doled out which they thought was well beneath their rights as heirs.

To them Bailey was a stone cold witch and they did everything in their power to keep her aware of their opinions.

But was she really the money grabbing bitch the elite, rich community, as well as her step-children,  thought her to be?

Cameron Justice, along with his friend and partner Bret Larson owned J&L Executive Air Limo.  Both had a long relationship with military flying before deciding on building their own business.  Bret was easy going – Cam was intense, and took no nonsense from his rich clients.  Like that rich bitch Bailey Wingate, with her ton of over packed suitcases and the oversized sunglasses that kept her opinion of the world well hidden.

Bailey’s opinion of Cam wasn’t much better.  Too bad that they were stuck together on this trip to Denver.  Damn Bret’s allergic reaction to cats.

Bailey and Cam had managed to ignore each other for most the the flight.

Until the engines went silent.  And the mountain loomed in front of them with no way to rise above it.

Up Close and Dangerous is a novel about survival.  Yes, there is a love story – an amusing one as two people who think the other is so different than what they truly are brings about it’s own comic situations.

What set this novel apart for me was the intense details that Ms Howard gave once the plane had crashed at the tree line of the mountain.

We are exposed to Bailey and Cam’s every emotion – and every step of how they survived on the mountain.  While also trying to figure out why and how someone tried to kill them!

Some readers will not like the attention to details of survival, they will prefer their romance with less details on the surroundings and more on the people.

But for this novel I would politely disagree.  I liked the details.  They brought me up to that crash site.  They walked me through the steps of surviving in a way that became part of the story to me.

It’s a worthwhile read.  I did enjoy it, more than I first thought I might.

Oh, and that murder attempt?  It gets solved.

Up Close and Dangerous can be found in paperback, hard back and on Kindle at Amazon.com