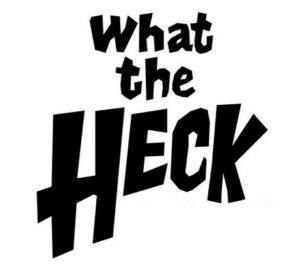 Every now and then I feel the strong need to vent about something I encountered in the book world.  My opinion really, and everyone is entitled to their own unique view on any subject.  Yet I do not understand the need to rip apart a story, an author simply because I read a book or own a blog.  I’m not some powerful genius, I’m a reader who enjoys talking about the books I’ve read.

So, a couple days ago I’d posted a review on Amazon, and like I often do went and looked over the other reviews to see what other readers were thinking.  I came across a scathing one star review that basically called the story inept and the writer an idiot for writing it.  Now, in my opinion, that’s not cool.  I clicked on the Kindle Reader’s name to see what else they’d reviewed… and this is a whirlwind of one and two star reviews.  Nothing this person’s read has met their requirements for a good story.  I found it interesting that they had followed one of my favorite, long, multiple author series from the beginning and every single title got a one or two star review with nasty, mean-hearted and downright rude comments.  Why?

Why continue to read a series if you truly do not like anything about it apparently.  Heck, some of my long time (decades) authors, who I auto-buy every release, has the occasional story that I really didn’t like or connect with.  But that’s like one out of one hundred and fifty, ya know?  Not every single story, and written by different authors.  So, I’m left with two conclusions – either this person is just a nasty, mean, rude person who doesn’t like anything at all or they have some vendetta against this series or one of the authors.  Truthfully, I think it’s the first option.

I think it’s just sad that a reader like this can affect a book’s rating with such ease and such careless disregard for the person behind the words that they read and didn’t like.  Hey, you can not like a book that’s your right as a human being – but why continue to read something you obviously hate?  That’s someone who has felt the power of giving reviews and using it to vent their own unhappiness with the world… or they’re just mean.  Maybe both.

I get into this discussion with friends often.  The value of one or two star reviews – some look for them because they often love what the reviewer didn’t and will go buy the book, others are just as puzzled as I am about the vindictive reviews.  Do you run to check out the books that have a one or two star review?  Do you believe it’s possible to give a low star review without tearing apart the work that someone bared their soul to tell?  I can think of a hundred and one ways to say I didn’t like a book without ripping apart the author, but that’s just me.

9 responses to “What Is The Point of Being A Nasty Reviewer?”