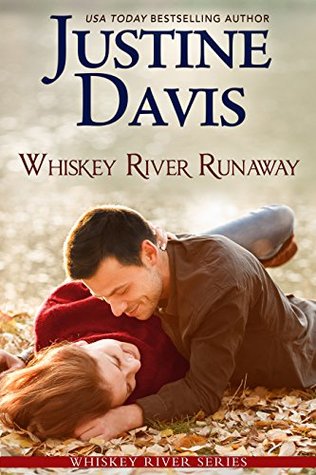 When widower Truett Mahan finds a trespasser hiding in one of his building renovation projects, he thinks he has a runaway teen on his hands. He’s right about the runaway, but Hope Larson is all woman, and in desperate need of help. True never turns away a person in trouble, but helping Hope wakes up feelings and dreams he thought buried with his wife years ago.

Hope was forced to run to protect the people she loves, paring her life down to what fits in her backpack. True tempts her to stop running and set down some roots in Whiskey River, a town she’s come to love.

Can this strong, honorable man help her retake her life, or will the danger she’d left behind strike out at them both?

A woman on the run, a man and a town willing to help her stay and made a stand, plan for a future… if she is willing to take the risk of trusting once again.

While Whiskey River Runaway is fast paced, it never felt rushed to me.  Real life often does not take the meandering road but gets straight to the point.  Hope has left behind everyone she loves in the belief that she can only keep them safe by remaining on the run.  It’s not a pretty life, the fear and loneliness often get to her, yet she feels she has no other choice.  Allowing herself to trust in True, in the kind people of this small town is a huge risk but this is a man, if her life were different, she could have seen herself settling happily down with for life.  Now she has to make a decision.  Trust the man, the love or keep running forever now also leaving her heart behind as well.

I enjoyed my time in Whiskey River once again.  Hope and True make a compelling couple.  As always the secondary characters bring a book to life and I have hopes of seeing them again, perhaps in their own stories.  I’d happily recommend this story and the series to any Romance reader who enjoys realistic couples, issues to be dealt with and lively secondary characters.