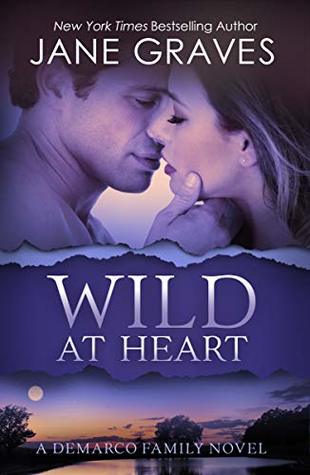 Do you have an ex that you’d just love to catch in a really bad, compromising situation that they could not talk their way out of?  Yeah, Val dreamed of that, too… until it happened and then the reality is far worse than her imagination because not only Alex, her former flame, is accused of murder but the real murderer is after her now, too.

From the very beginning, there are twists and crazy turns in WILD AT HEART.  Alex is such a straitlaced police officer, there is no gray area for him it’s either black or white, no shading… right until he found himself framed for murder seemingly witnessed by an old girlfriend with a reason to hate his guts well into next week.  Now that Val has been attacked they’re both on the run to find the true killer – and maybe find their way back to each other as well.

I enjoyed WILD AT HEART.  Sure, there were some eye-rolling moments, but I find that in most books, not everything is going to work with each reader.  The action is fast, the couple believable and the story tense.  If you love Romantic Suspense then you’d enjoy this one.

« Lacey by Fiona McArthur
Pretty in Ink by Ava Blackstone »