Angela Britnell, Nashville Connections #4, You're The One That I Want 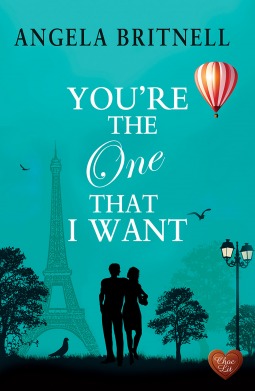 What if you didn’t want to fake it any more?

When Sarah, a teacher from Cornwall, and Matt, a businessman from Nashville, meet on a European coach tour, they soon find themselves in a relationship …

Except it’s a fake relationship. Because Matt is too busy for romance, and Sarah is only trying to make her cheating ex-husband jealous … isn’t she?

As Matt and Sarah complete their tour of Europe, they do all the things real couples are supposed to do – from visiting fairy-tale castles in Germany to recreating the scene from Romeo and Juliet in Verona. And, of course, for every picturesque destination there’s a loved-up selfie and Facebook post to match.

But as their holiday comes to an end, Sarah and Matt realize that they’re not happy with their pretend relationship. Perhaps, they want the real thing.

Series titles:  What Happens In Nashville, The Wedding Reject Table, Love Me For A Reason, You’re The One That I Want.

Read on for my thoughts on You’re The One That I Want.  No true spoilers, promise.

You’re The One That I Want is a lighthearted, slightly quirky bit of fun that hits the spot for curling up on the couch and simply escaping on a whirlwind tour of Europe with two very unlikely paired people.

Sarah has recently gone through one of every married (or not) woman’s nightmare… discovering that her husband has cheated with her best friend (make that former best friend) and has quite frankly dumped her for a newer model.  He and the former best friend are expecting a child and have married, which leaves Sarah with the understandable anger and resentment toward them both.  They’ve stolen her dream.  But isn’t it said that revenge is a dish best served cold?  When Sarah and her mother win a destination prize it seems that the fates have handed her the solution to her need to show her ex-husband that she has move on with her life.  Sorta.  Maybe.

Matt is the absolute definition of a workaholic.  A self made success, he’s a bit of a geek in a very attractive package.  He’s agreed to go with his mother on a coach tour of some of the highlights of Europe.  It was his retirement gift to her and now he’s stuck on a tour completely shut off from work.  Matt is not necessarily a happy camper, but for his mom he’ll do anything.

As much as these two love their mothers, it was a pleasant surprise to discover someone else close to their own age on the tour.  It doesn’t take long for Sarah to come up with her perfect plan to show the two people who’d hurt her the most that she was moving on just fine.  A brand new, sexy relationship was exactly what was needed.  So what if it was far from true, they’d never know that.  As she convinced Matt to enter into a fake romance complete with selfies and Facebook posts neither one ever expected it to turn into something more.  Now the question becomes how can these two make a long distance real relationship work.  Two different countries, far apart for long periods of time – can they make the real life work as well as the fake romance… only time will tell.

I loved Matt and his very dry sense of humor.  Sarah on the other hand, not so much.  For some reason I couldn’t connect as well with her.  Perhaps it was the way she often spoke to Matt.  This entire scheme was for her benefit, Matt was going along with it yet I felt his connection more than Sarah’s.  It happens sometimes, but it certainly did not take away from my enjoyment of the story.

If you’re looking for something light to read, take an armchair whirlwind tour of Europe with Matt and Sarah.  I’m certain you’ll enjoy the journey.  I would definitely recommend this for any Romance reader.

*I received an e-ARC of You’re The One That I Want from the publisher, Choc Lit and NetGalley in exchange for an honest review. That does not change what I think of this novel.*